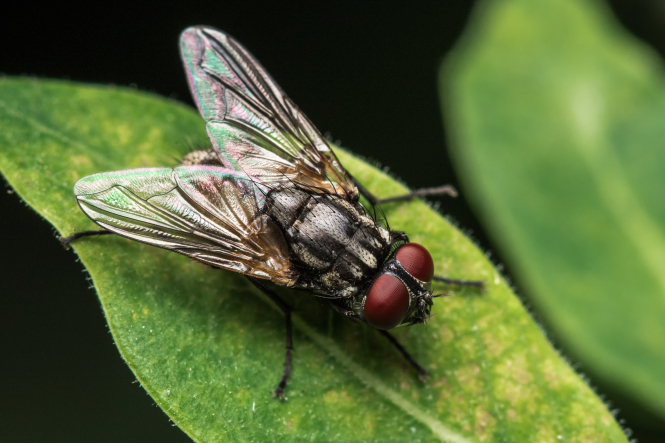 ‘Prendre la mouche’ is an expression commonly used to describe somebody who gets angry easily. It translates to ‘to take the fly’. Pic: Annop youngrot / Shutterstock

Midwives across France went on a three-day strike this weekend, starting on Friday (September 24).
The Organisation Nationale Syndicale des Sages-femmes (the midwives’ trade union) called for a ‘weekend without midwives’ to protest for better recognition in the medical and general communities.
The midwives have been largely reported in the media as being ‘en colère’, meaning angry.

We look at other expressions you may hear related to this, as well as their origins...
‘Prendre la mouche’ is an expression commonly used to describe somebody who gets angry easily. It translates to ‘to take the fly’.
This phrase was coined in the 17th century. Most sources point to cows and other farm animals, which, when stung by a fly or other type of insect, would seem to suddenly become irritated for no apparent reason.
In the 16th century, the word ‘mouche’ was also used to refer to a sudden worry or negative thought.
The verb ‘prendre’, in this expression, means to ‘prendre ombrage’ ie. take offence.
Another animal-related phrase that means ‘to get angry’ is ‘devenir chèvre’, ‘to become a goat’.
The expression has its origins in the 16th century, albeit in the form of ‘prendre chevre’, ‘to take a goat’. It was inspired by goats’ aggressive and unpredictable reputation.

‘Avoir la moutarde qui monte au nez’ is another popular saying you may come across.

Literally translated as ‘to have mustard going up your nose’, it is a metaphor for getting angry.

This expression dates back to the 17th century, although it existed before then in the form of ‘la moutarde me/lui entre au nez’ (‘mustard is entering my/his nose’).

Various sources attribute the origins of this phrase to the condiment’s sharp taste and smell, which can irritate the nose.

The closer to the nose it gets, the more unpleasant it is; therefore, the expression is used to describe a gradual build-up of anger.

Chateau an hour from Paris available to part-own for less than €60
13 January 2022
More from Language
More from Connexion
Get news, views and information from France
Join the newsletter
Subscribe to The Connexion