Two remarkable pilots whose lives both took flight in France 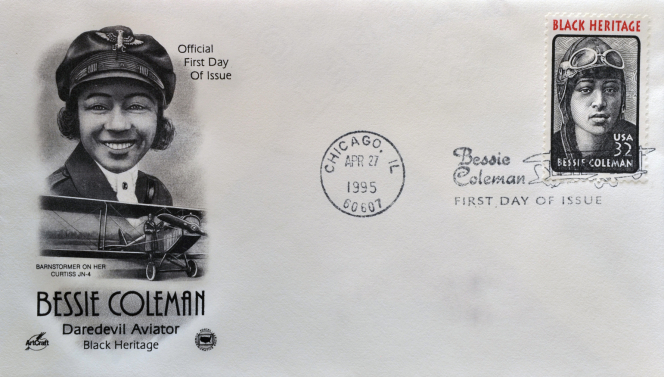 The story of two pilots who are very much remembered today for their incredible stories Pic: neftali / Shutterstock

Eugene Ballard (1894-1961) was American but his life story is intimately bound up with France; he served in both World Wars with her armed forces, and was rescued from ignominy by her president.

Born in Georgia, his father’s family had been enslaved in Haiti, and he had been born into slavery in Martinique. His mother was a Creek Native American. He was the youngest of seven surviving children out of ten. His mother died when he was still very young.

Racism was rife in that period and when as a result of a workplace dispute, his father only narrowly escaped a lynching mob, Eugene began to dream of Europe where there was no colour bar. He went to a local school from 1901 to 1906 but when he was only 11 he ran away from home, and that was the end of his formal education. He was aiming to get to Europe, but he ended up joining a group of travellers as they shifted around Georgia, looking after their horses and learning to race them.

Finally, in 1912 he stowed away on a German ship and worked his passage to the UK where he trained as a boxer, and also worked in a slapstick comedy act. His trainer was the famous Dixie Kid, who arranged a fight for him in Paris. He stayed on, boxing and working in music halls until in May 1914, he formally applied to settle in Paris.

When World War I broke out a few months later, he enlisted in the 1st Foreign Regiment of the French Foreign Legion. He fought on the Somme, at Artois and was in the 2nd Battle of Champagne. He volunteered for the 170th unit, nicknamed the “Swallows of Death” and in 1916 he was seriously wounded in the Battle of Verdun.

Once recovered, he volunteered for the newly formed French Air Service and having served as a gunner, trained as a pilot with the Lafayette Flying Corps, becoming the first ever Haitian-American military pilot.

When the USA entered the war, all the flyers in the French Flying Corps were invited to join the US Air Service, except Eugene Bullard, who was excluded because of his race. But if the US did not want him, France did. He was one of only a handful of black fighter pilots. The others included a Turk called Ahmet Ali Çelikten who also flew for the French, a Jamaican called William Clarke who flew for the British, and an Italian called Domenico Mondelli.

He was promoted to Corporal and assigned to Escadrille SPA 93 in Beauzéesur- Aire, south of Verdun. He flew at least 20 combat missions, shot down two enemy planes, won a whole clutch of medals and was finally discharged from service in 1919.

Eugene Bullard had been hustling since childhood. He was working with horses by the age of 11 and all his life, he always managed to find some way of making a living. Wrestling, boxing, show business, music, nightclubs, he turned his hand to all sorts of careers. So back in Paris after the war, he found a job as a drummer and nightclub manager at ‘Le Grand Duc’ where he made friends with Josephine Baker, Louis Armstrong, and the French flying ace Charles Nungesser, amongst others. It was boom-time, the Roaring Twenties, and he was successful. He opened his own athletics club, and bought a nightclub, which he called the ‘Escadrille’ (The Squadron).

In 1923 he married Marcelle Straumann, the daughter of a wealthy French countess. He was moving in glamorous circles. The marriage lasted until 1935 and produced two daughters, Jacqueline and Lolita.

From pilot to spy

When World War II broke out, he joined the resistance and, because he spoke fluent German, was recruited by the government to spy on Germans who came to his club. After the 1940 invasion of France, he joined the French army, and was involved in the defence of Orléans. He was seriously wounded, but managed to escape to Spain, and from there he was shipped back to New York for hospital treatment.

He recovered partial health, but soon realised that his fame had not followed him across the Atlantic. Neither had his money. He managed to find work variously as a security guard, a perfume salesman, and an interpreter for Louis Armstrong. But like so much of Paris, his nightclub had been totally destroyed in the war. He decided to stay in New York, where he bought an apartment in Harlem with the compensation paid by the French government.

But as he attempted to attend a Civil Rights Congress benefit concert in New York, the Peekskill Riots broke out and he was caught up in them. He was brutally beaten up by an angry mob which even included police officers. In a sign of the racism of the times, although the attack was filmed and many of the criminals’ faces were identifiable, none of the attackers were ever prosecuted.

'Charles De Gaulle paid a State Visit to the US and asked to meet Eugene Ballard, referring to him as a ‘true French hero.’ Suddenly his life was remembered'

His health failing, he managed to get a job as a lift attendant at the Rockefeller Center in New York. His daughters had married and he was living alone, scraping a meagre living, more or less forgotten, when in 1959 Charles De Gaulle paid a State Visit to the US. He asked to meet Eugene Ballard, referring to him as a “true French hero” and his life was suddenly remembered. Later that year he was interviewed on NBC’s Today Show, wearing his elevator operator’s uniform.

Eugene Ballard died of stomach cancer in 1961 at the age of 66, and was buried with military honours in the French War Veterans’ section of Flushing Cemetery in New York. Louis Armstrong is also buried at this same cemetery.

In 1972, his flying career was described in the biography, The Black Swallow of Death, and the 2006 movie Flyboys was loosely based on his life. But it took until 1994 for the US to posthumously commission him as a 2nd Lieutenant in the US Air Force. In 2019, the Museum of Aviation in Warner Robins, Georgia commissioned a statue of Eugene Bullard.

It is interesting to note that another black pilot was close on his footsteps: Bessie Coleman (1892-1926) was also American, and was desperate to be a pilot. She was from a family of share-croppers, and had won a scholarship in order to go to school. She had managed to win a place at university but did not have the money do stay for more than the first term.

She worked two jobs, as a manicurist and a restaurant manager, in order to earn money to train as a pilot. But as a woman and a black person she was not allowed to train in the US. So in 1920 she took a French course and came to France where, in 1921, she became the first black woman to get her flying licence. Having completed a supplementary course of advanced training, she went back to the States in September of that year.

Back in the US she quickly realised that the only way of earning a living would be to excel at flying stunts at air shows. But as a black woman, no-one would teach her acrobatics. So in 1922 she travelled back to France to continue her training.

She also went to Holland and Germany where she trained with pilots from the Fokker Corporation. Back in the States, she became a star although she always refused to fly at events which were barred to black people.

Coleman dreamed of opening a flying school for black pilots, but did not live long enough to accomplish it.

She died in 1926, aged 30, when a mechanic left a spanner in the engine of a plane in which she was a passenger causing it to spin out of control and crash.

Even today she remains a black icon and an inspiration to pilots from all over the globe, especially those who are black and female.

Missions Locales: Unemployed youngsters in France thrown a lifeline
2 December 2021
More from Profiles
More from Connexion
Get news, views and information from France
Join the newsletter
Subscribe to The Connexion