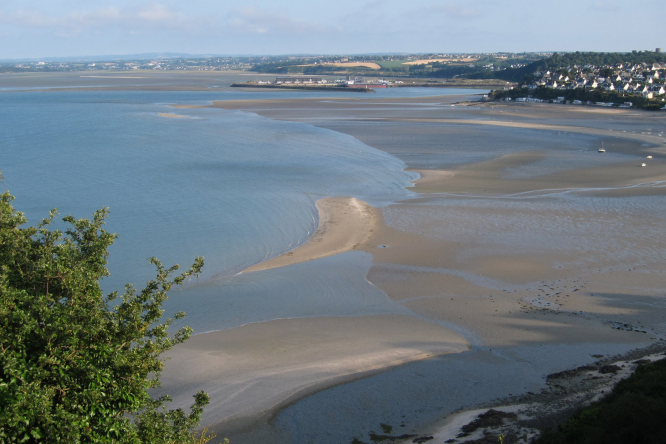 This month sees around 60 wind turbines being erected in Brittany, a young Parisian boy exhibiting what he has managed to pull out of the River Seine and more Pic: Heliosphile / Shutterstock

Foundations being laid in Saint-Brieuc

Around sixty wind turbines are being installed in the Bay of Saint-Brieuc (Côtes-d’Armor, Brittany), despite protests from fishermen, residents and environmental associations.

According to one fisherman, the construction site – which started in May and is due to be finished in 2023 – is already having an impact, with “at least 30% less fish for certain species, it is becoming catastrophic”, reports francetvinfo.

The Sea Shepherd association is taking action to monitor the consequences of underwater drilling to lay foundations, saying that some species can die because of the noise, which can reach 200 decibels underwater.

In response, Iberdrola France’s director of maritime energy, Emmanuel Rollin, said: “There is financial compensation for loss of income for fishermen [during the construction phase].”

In early October, France’s Financial Prosecutor opened a preliminary investigation into a complaint lodged by the Côtes-d’Armor fisheries committee concerning the awarding of the wind farm project to Iberdrola, whose subsidiary Ailes Marines is carrying out the build.

The investigation concerns the “undermining of the equality of candidates in public contracts”, according to Médiapart and AFP. The initial tender process was launched in 2011.

The Council of State had already ruled on the issue in July 2019, when it judged the selection procedure “irregular” following an appeal lodged by a competitor of Iberdrola, Nass & Wind.

In a bid to find a response to climate change and water shortage issues in the Adour-Garonne basin (which covers about 118,000 km2 and 120,000 km of river courses across Occitanie and Nouvelle Aquitaine), regional authorities and water agencies have launched a call for projects to re-use non-conventional water such as treated wastewater, rainwater and drainage water.

This ‘circular water economy’ project will get €8 million of budget and is open for bids until 30 March 2022. Applicants must propose methods to substitute conventional water resources with nonconventional ones, and to present antipollution measures to improve the quality of discharges into the environment.

A young Parisian boy who has been pulling out metal objects from the bottom of the River Seine using a magnet for the last two years, is exhibiting his finds.

Raphaël, aged 11, and his father have fished out 300 bicycles, 200 scooters, 70 shopping trolleys and two motorbikes.

“The mission is truly endless. We discover more and more, we are obliged to re-clean places, it’s a bit depressing at times,” said his father. “We have lost a bit of faith in the human mentality”.

“The main principle is really that as many people as possible should pass by and say to themselves that, just by picking up a cigarette butt on the ground, they could do something for the planet,” Raphaël told franceinfotv.

French telecoms giant Orange and mayors in the Gironde departement have signed an agreement which will allow state employees to dispose of their old mobile phones at special collection boxes outside municipal buildings. The phones will be reconditioned and sold, with all profits going to the Emmaus charity.

According to Ecosystem, an organisation in charge of collecting used mobiles, 100 million phones are sleeping in French people’s cupboards.

Missions Locales: Unemployed youngsters in France thrown a lifeline
2 December 2021
More from Environment
More from Connexion
Get news, views and information from France
Join the newsletter
Subscribe to The Connexion