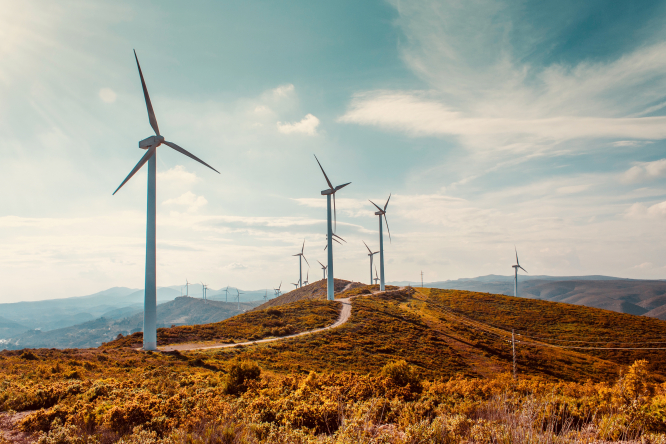 Most wind farms are in the Hauts-de-France, Grand-Est, Normandy and Occitanie regions Pic: Space-kraft / Shutterstock

The highest concentration of wind farms in France centres around five departments in the north, a new study shows.

Researchers at Le Figaro based the findings on the number of wind farms installed and connected to the energy network, using the most recent data available from the Ecology Ministry.

One wind farm installation is defined as including one or more wind turbines. Small and urban turbines were not counted.

Researchers worked out the density of wind farms in rural areas by looking at the size of each department with the urban areas subtracted from the total.

Where departments in France have the most wind farms?

The following departments made up the rest of the top 20: Seine-Maritime, Aude, Essonne, Côtes-d’Armor, Morbihan, Finistère, Deux-Sèvres, Hérault, Meuse, and Bouches-du-Rhône.

The department on the list with the least wind farms was Saône-et-Loire, with just two wind farms, and 0.01 farms per 10,000 hectares.

However, the list stops at 71 departments out of a total of 96 in mainland France, meaning that 25 departments have no wind farms at all.

How are sites for wind farms chosen?

Unsurprisingly, the most important factor is how windy the site is, with winds at heights of over 50m needed.

Marc Pol-Lajaima, business manager for small turbine specialists Inergys, told Le Figaro: “[The wind] is strong enough in Hauts-de-France, Grand-Est, Normandy, and in Occitanie in the gulf of Lion.

“In the other regions in France there isn’t enough wind.”

What of opposition to wind farms?

The topic of wind turbines is set to become one of the themes of the 2022 presidential election as it is seen as an issue that concerns a large portion of the country outside of the cities.

Colette Bourgois, from anti-wind farm association ASEN, based in Somme, said her department topping the list was “anything but a surprise”.

She said: “They’ve transformed our beautiful region into an industrial zone. Where we live, we already have 400 masts in a 20km radius. You can’t look at the countryside without having wind farms around you, it’s become unlivable.”

Ms Bourgois said the farms had a negative impact on house prices, “devaluing them by 20-40%”.

The government has recognised wind farms can impact quality of life for people who live nearby.

Ecology Minister Barbara Pompili presented plans on Tuesday (October 5) that aim to reduce noise and the impact of lights.

Others hope that fewer farms will be built in the future.

“But prefects and the government understand that locals are less willing to accept it. I don’t know when the juggernaut will stop, but we can see that things are starting to change.”

Increasing the number of urban wind turbines installed on buildings is also a potential solution, as they cause less disruption to inhabitants and wildlife.

However, Mr Pol-Lajaima said: “[Urban farms] can’t cover all the energy demands in France. The future has to be a balance between large and small wind farms.”