A guide to understanding divorce in France 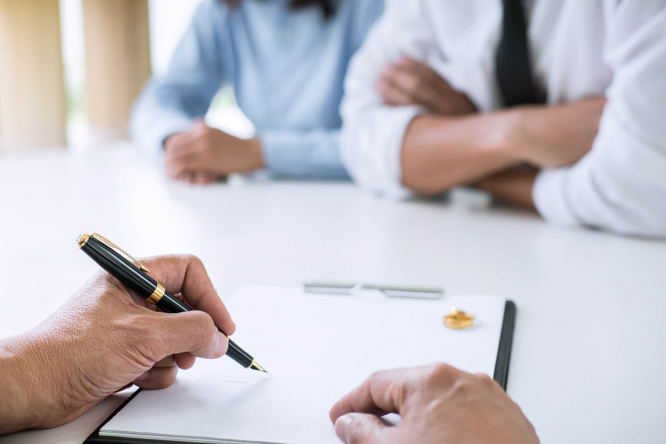 The most straightforward way of divorcing in France is by mutual consent when a couple agrees on the divorce and all the consequences, such as the division of property, childcare, etc.

It can be drawn up by an avocat (lawyer) and take place without going to court.

All other types are decided before a judge, who will rule on the details of the break-up, such as who stays in the family home, maintenance costs, etc.

Divorce pour faute requires serious or repeated violation of duties and obligations of marriage and must be proved by the spouse asking to divorce.

Divorce pour altération définitive du lien conjugal is appropriate if the couple have lived apart for at least a year. For more details in English, see: Notaires.fr. How the property is divided depends on the couple’s marriage regime.

In France, the default regime is communauté réduite aux acquêts, in which assets owned before the marriage are owned separately, as are gifts and inheritances, but anything bought during the marriage and incomes earned are shared.

Other regimes have to be set up by a notaire:

Personalised clauses can be introduced into the regime and they can be changed or modified over time.

For couples who are not married in France, solicitor Barbara Heslop, of Heslop & Platt, says the regime depends on the wedding date.

Before September 1, 1992: The regime under which the original marriage took place will last the length of the marriage. For marriages in the UK, this is taken to be séparation de biens.

After September 1, 1992: If the couple move to France and remain here for more than 10 years, their regime defaults automatically to communauté réduite aux acquêts.

After January 29, 2019: The default is the law of the place of the couple’s first common habitual residence. Avocats sort out the divorce and you can find one under droit de la famille, des personnes, et de leur patrimoine by town and by language here.

Notaires deal with division of the assets.

If the couple’s home, property, assets, bank account, pensions and children are in France, it makes sense to divorce in France. In all cases, if the children are resident in France, arrangements for their care and future provisions will have to be dealt with in France.

However, if either spouse moves back to the UK as their main residence, they can ask to have their divorce dealt with there. If sufficient links with the UK can be shown, this may also be possible even if the person still has their main home in France. In that case, according to Melanie Bataillard-Samuel, from divorce and family law firm Expatriate Law, the spouse making the request should have been born in England or Wales to a parent who was also born there (Scotland and Northern Ireland have different legal systems).

They also have to show that one day they wish to return to the UK, Ms Bataillard-Samuel said. There are no hard and fast rules as to how this is done, but it could be by showing you still own a bank account or property, or receive a UK pension, and that you still have friends and family in the UK and do not necessarily have those same connections in France.

She said: “It is well worth looking at all the options. The advantages of each country’s divorce systems depend on the individual’s circumstances.

French law is more straightforward because the rules are clearly set out. Inheritances are not included in the divorce settlement, so that favours anyone who has benefited from a will.

“English and Welsh law aims to find the best solution for both parties and is more flexible and can be more generous, particularly to the spouse with lower assets. For example, a wife can get a legal fee provision from the husband from the start if she cannot afford legal fees herself, making the proceedings fairer.

“A less well-off wife will not have to agree to a proposed settlement just because she cannot afford a lawyer.”

She added that different parts of a divorce can be dealt with in different countries: eg. French property in France and English property in the UK. She said this is one area where Brexit has been helpful for couples deciding where best to divorce.

“Previously, European law ruled that the divorce would only take place in the country where the proceedings had started first. Now there can be proceedings running in parallel in both countries.

Former judge Ian Forrester, president of the Franco-British Lawyers Society, previously told The Connexion that Brexit meant less certainty with regard to each country respecting the other’s legal rulings, as the UK is now outside a framework of mutual recognition legislation. “The future of how matrimonial disputes, custody and settlement disputes will be settled is just one of many questions that are undecided now,” he said.

Which French marriage regime is which?

Banks to tighten rules on getting a mortgage in France
25 September 2021
More from Everyday Life
More from Connexion
Get news, views and information from France
Join the newsletter
Subscribe to The Connexion