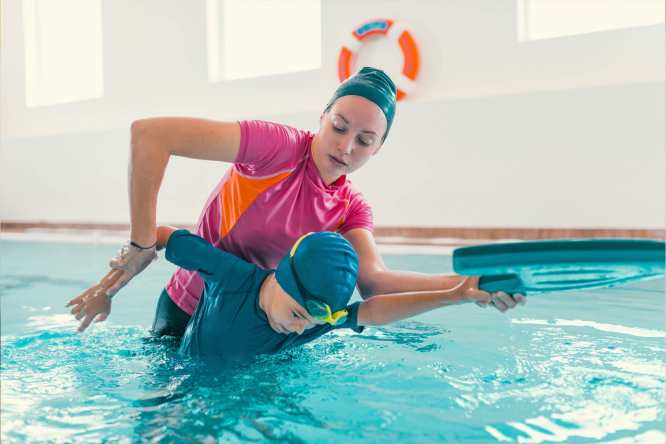 About 1,000 people die from accidental drowning every year in France, with the worry that this year there will be more due to municipal pools being closed during confinement Pic: Microgen / Shutterstock

Adults, too, are likely to be more at risk as they head to beaches, lakes and rivers to enjoy newfound freedoms as the country starts to emerge from more than a year of severe restrictions on movement, experts have warned.

About 1,000 people die from accidental drowning every year in France, half of them in the summer season.

Drowning is the top cause of accidental death among under25s, according to health authority Santé Publique France.

This summer, taking to the water to cool down or have some fun could prove even more deadly for youngsters.

The SNPMNS, the national union of professional lifeguards, wrote to the sports minister in February to warn that millions of children have missed out on swimming lessons and could be at risk because municipal pools across the country were closed for months after the start of the pandemic. “We are concerned that the number of drownings may increase in 2021,” it said in the letter.

SNPMNS general secretary Claire Leger told The Connexion: “Many children began to learn to swim but did not complete their lessons.

“Their fear of the water has partially or fully disappeared, and they may have the impression that they know how to swim but this is not the case.”

Even outside of pandemic times, swimming lessons for children are a problem. They are not obligatory, and a school having its own pool is a rarity. Most take their pupils to learn at the local municipal pool, but often this is only for part of the school year.

Frequently, there are years with no swimming lessons for many children.

Schools in Quinçay and Neuville-de-Poitou, Vienne, are trying to at least ease the issue by taking grande section classes (five and six-year-olds) to the pool for an entire week.

It is up to parents to fill in the gaps in their offspring’s swimming education, and this means that the better-off learn to swim, while children in more deprived areas often do not.

Ms Leger said: “We are convinced that increasing swimming lessons at school could reduce the number of drownings in France.”

France is just above the European average for the number of drownings per 100,000 people each year, according to the latest available figures from the EU.

They show that Lithuania tops the league, and the UK is well below average.

Santé Publique says a survey it carried out in 2016 showed that 84% of people in France said they could swim.

The health authority told Connexion that it was carrying out one of its regular surveys of drownings this summer in order to better understand the phenomenon.

It warned in an online statement that the end of the lockdown might lead to a rise in drownings this summer.

This is likely to happen because of people being less cautious and “a rise in risky behaviour such as overestimation of one’s physical capacities, underestimating environmental risks, or consuming alcohol before swimming”.