Winter tyres to be obligatory in France 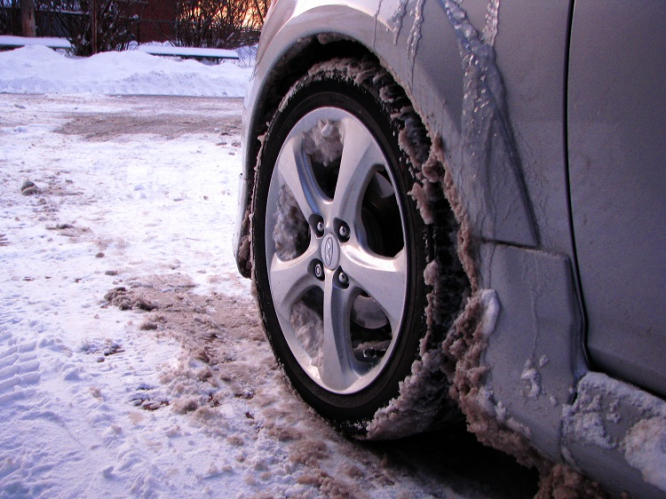 A law requiring the special equipment has been on the books since 2016 but it is only this year that the government has published the necessary decrees to make it part of the French highway code.

Joël Giraud, an MP (LREM) for the Hautes-Alpes, told Connexion: “This is the outcome of a battle I have been fighting for many years.

“In addition to the obvious road safety issues, the aim is to avoid chaotic episodes of congestion on major roads in mountain areas which depend on winter tourism.”

In practice, the prefects of departments that are considered to be “mountain departments” will decide in September, after consulting locals, which routes will be affected.

The departments all have roads which have often seen motorists blocked by snow and ice in the past.

An advertising campaign explaining the local conditions has been planned for October.

Winter tyres are made with a rubber which stays supple below 7C, a point at which the rubber on normal tyres becomes harder than usual and less efficient when the vehicle brakes or turns corners.

They also have wider treads than normal tyres, which allows them to have more grip in snow and ice.

All four wheels must be fitted with winter tyres at the same time, and many people have winter tyres fitted on a second set of wheels to make changing them easier.

Businesses offering to store winter tyres and wheels in the summer can usually be found in mountain areas.  Winter tyres are usually between €10 and €30 more expensive than standard tyres, but last longer if they are taken off in spring when temperatures rise.

They wear out quickly if they are driven in warm weather.

Wheels usually cost between €70 and €150 new, but can be cheaper from scrap yards.

Chains are attached to the driving wheels of a car to provide grip in snow and ice. They have to be the right size to fit over the vehicle’s tyres and most modern ones have easy-fit connections.

Speed is limited to 50kph when chains are fitted, and they have to be taken off when the road surface is clear, or they damage the asphalt.

It is likely that departmental decrees will say that chains must be fitted, even if winter tyres are in place for some routes, as they are more efficient, especially when climbing or descending steep gradients.

Fines for not having chains or winter tyres will be fixed by department prefects but the guidelines they have been given are that it will be a fourth category offence, meaning fines of €135 and the possibility of cars being taken off the road.

Mr Giraud noted that France was one of the last countries in Europe to require winter motoring equipment, and elsewhere the measures have reduced the number of both accidents and traffic jams.