Exhausted midwives in France 'cannot give mothers care they deserve’ 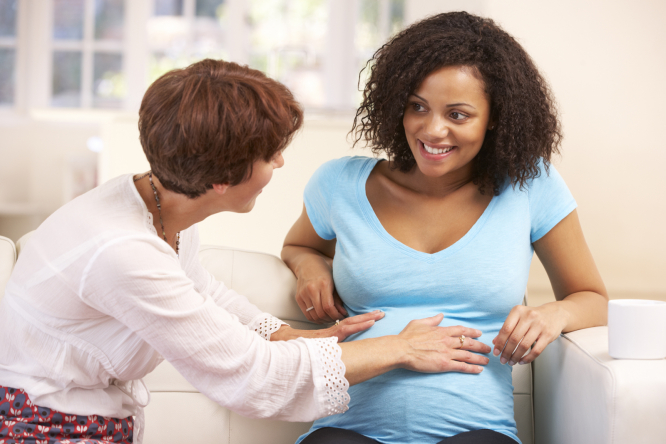 Elisa Etienne, hospital midwife and member of Onssf: 'We are exhausted and disappointed we cannot be the type of midwife we wanted to be when we trained for the job' Pic: Monkey Business Images / Shutterstock

Pregnant women are not receiving the quality of care they are entitled to, a midwives union has warned.

The Organisation Nationale Syndicale des Sages-Femmes (Onssf) said services have only been kept going because midwives have been prepared to do extra shifts.

Elisa Etienne, hospital midwife and member of Onssf, said: “We are exhausted and disappointed we cannot be the type of midwife we wanted to be when we trained for the job.

“Many are leaving the profession at a time when we need more, not fewer, midwives.

“All women will be looked after correctly but we cannot guarantee quality of care. We cannot spend enough time with women, explain what we are doing and allay their fears.

“Often, we have to give epidurals, which slow down labour and mean women then have to be given a treatment to speed up the process. This can lead to an increase in episiotomies. Studies have also shown that over-medicalisation of births can lead to increased cases of post-natal depression.

'We prefer more natural approaches, such as acupuncture and hypnosis, and we know this is what mums-to-be want'

Ms Etienne says the number of maternity units has fallen from around 800 in 1995 to 480 today, and the union is disappointed that so few maisons de naissance have been opened.

In 2015, the government promised to develop this new kind of birthing centre for low-risk births, which would be entirely managed by midwives and give a more personal service, with the back-up of immediate transfer to hospital if necessary.

At present, there are eight maisons de naissance in France.

“There are several improvements that could make the profession more attractive and help us provide a better service,” says Ms Etienne.

“There should be six years of study, instead of five. This would give time to look at other aspects of care, such as use of hypnosis. At present, training is entirely focused on the medical side.

“The regulations for midwives in hospitals date from 1918 and are obsolete. We need proper recognition as medical practitioners and more autonomy.

“At present, for example, we are only allowed to prescribe a limited number of medicines.

“And we want higher pay.”

The Onssf says a young midwife will earn around €1,400 a month net after five years of study, often on a series of short-term contracts.

“We were promised the results of a reappraisal of our profession in June.

“If our status is upgraded, that will go a long way to satisfying our demands. But so far we have heard nothing, more midwives than ever are leaving, and we are exhausted.”

French midwife with tales of the unexpected to tell