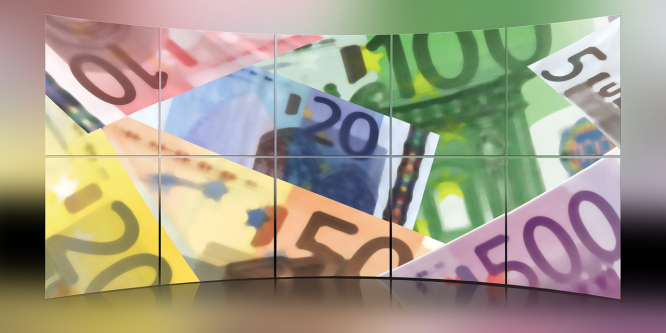 The Foreign Account Tax Compliance Act (FATCA) law was intended to combat tax evasion by US citizens living abroad. It requires all US citizens and their banks to report their income and assets to the US Internal Revenue Service.

In 2014, three years after FATCA passed into US law, France signed a bilateral agreement obliging financial institutions here to notify US authorities of their American customers.

Since the regulations came into effect in France, more and more Americans have found it difficult to open an account. In some cases, banks have refused to accept new customers on discovering they are US citizens.

Connexion reader Daear Llais wrote in to say she was 'given the third degree', and faced 'examination and interrogation' when she tried to open an account with HSBC in France.

"It took about 2 weeks with HSBC and not even then a bank account and that was even with the help of a banker in the states! Got one with another bank instead."

Neelanjan Shome lived in Nice between October 2016 and the end of 2019, and had to open a simple savings account to cover the family's monthly needs with a small bank after five or six more well-known financial institutions refused, 'quoting the onerous US reporting regulations'.

"Six months of being a "legit" thereafter, we could finally switch our account to BNP Paribas," Mr Shome, who now lives in Philadelphia, told Connexion. "We maintained a simple savings account for our monthly cash needs. We didn't need to access other facilities."

But not all Americans who have lived in France have found getting an account unbearable.

A Californian couple who live for part of the year on a dutch barge in France faced a few administrative obstacles, but described all the paperwork involved as 'just process'.

Estate agent Sharon Hammond and her husband own a 17.5m replica dutch barge which is moored permanently near Reims.

"Normally we spend six to seven months a year on the boat in France and Belgium and the rest of the winter in California," she said.

"As boaters, we are very mobile and have traveled over a good bit of northern and central France, plus some time in Belgium.

"Besides the difficulties of Americans getting French bank accounts, we have the added difficulty boaters without permanent addresses face in getting all kinds of accounts. Everybody wants a permanent address!

"Many boaters use their winter marina address, but in our case the halte nautique where we moor for the winter is closed half the year and will not give an attestation of address for anyone moored there."

The couple have visited France many times - but started their longer stays in 2014, when they bought the barge. Mrs Hammond said: "We needed a bank account and a French debit card. At that time BNP had a branch in St Jean de Losne, at the spot where the Burgundy Canal joins the Saone River.

"There is a very large marina there and people in St Jean de Losne are used to dealing with boaters of all nationalities. The family that runs the marina will give an attestation of address, so we were able with the attestation to get a bank account with BNP.

"We had to jump through a lot of hoops - they take all your forms and eventually agree to mail you a formal statement, which you must get from the post office and then take to the bank, and then you can get your debit card - but as I recall you still had to get another mail telling you your card PIN.

"Also, they wouldn’t process my account without proof of my maiden name, which took getting a friend to dig through my records at home and faxing me a copy of my passport from my teens! But that was just process.

"With the attestation we had no problem. Without the address attestation, I don’t think it could have happened."

But, while the process of complying with FATCA regulations was not straightforward, it was not a deal-breaker. The couple have spent several months on their boat in France since 2014.

"It wasn’t a problem," she said. "We were actually back in California when we got the request to send them the form that the IRS wanted them to have - I think it was the W-9 form US taxpayers have to provide to third parties who might need to report income the taxpayer owned.

"It is a formal statement of who you are and what our social security or tax ID number is. It is a routine form. The hardest part was getting it scanned in and emailed to BNP through their website, which took two tries but worked out."

The couple now ensure their account is maintained below levels that would attract the interest of America's Inland Revenue Service (IRS).

"We are careful not to earn any income in Europe (and the BNP account is not interest bearing and has what for US bankers is a rather hefty service charge each month - 10.63 euros at the moment). We also keep less than the value of US$10,000 in our BNP account, all to stay under the IRS radar, hopefully."

Having been unable to travel to France this year due to coronavirus, they are now hoping to come back in Spring 2021.

And Monica Moriyasu, who lives in the Charente said the length of time it took to open an account was the biggest frustration when she did it in 2018. "It took three months and some more time to actually get the cheques," she wrote.

"The branch of our bank had never done this before, so it probably took more time than normal. We provided all requested documents and it was otherwise good."