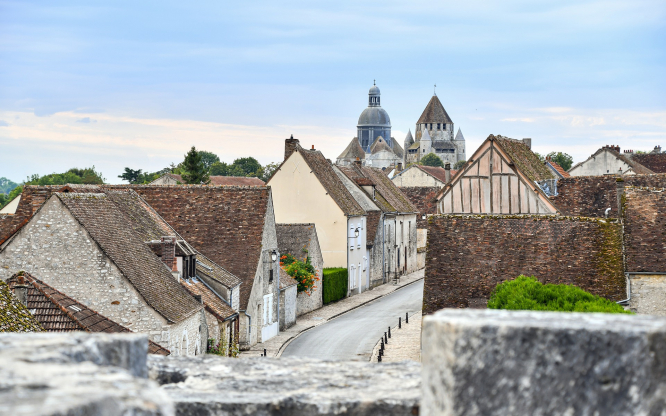 The level of complexity involved in financial planning depends on one thing – the involvement of children and, more specifically, if they are from the current or a former relationship
By Robert Kent

This is the time of year when many people reflect on what we hold most dear: our family and loved ones and, especially, our spouses.

Their significance is made all the more potent by the current pandemic and the narrower circle of people with whom we can get physically close without looking like a surgeon or assassin.

The Connexion has recently had several inquiries on the best way to protect a spouse in the event of an untimely demise.

The level of complexity involved in this depends on one thing – the involvement of children and, more specifically, if they are from the current or a former relationship.

For those with children only from the current relationship, the solution is often easy.

How are you married?

My favourite response to this one remains “in a church!”, my close second “under duress!”.

Neither have anything to do with article 6 of the Hague Convention, dictating the marriage regime, but they still make me smile.

Given the UK is not a signatory country to this international legislation, it is not surprising most UK nationals have not heard of it or marriage regimes, but they matter to those living in France, as the important bits are built into the French civil code and affect succession law.

Visit a notaire and you can alter your marriage regime to a suitable version of a community regime (there are many, so you will need guidance), meaning you are guaranteed that all assets pass fully and directly to the surviving spouse.

This only works if you or your partner have no children from a former relationship. If there are, then other solutions need to be considered.

The muscles from Brussels: aka Brussels IV

This EU law essentially lets you choose the succession rules of the country of your nationality, not the country where you live.

If, for example, you are a UK national, there are no succession rules in the UK, so this seemingly solves the problem and is heavily “sold” as the silver bullet by professionals unwilling to study all the local legal options.

One of the big issues is that the right to use Brussels IV is based on residency (so it still affects a UK national after Brexit), meaning a French court is going to have to deal with the laws of many different countries.

French courts are very competent in French law, but it would not be unreasonable to argue that they may not be fully equipped to deal with the laws of the rest of the world. This gives rise to the possibility of complications for a surviving spouse/beneficiaries. It also does nothing to avoid or reduce inheritance tax, so gifts to stepchildren will be subject to 60% tax.

It must not be discounted as an option. However, we tend to look at other local options first and come to this one last.

A respected and long-term colleague said they could never recall the word “usufruit”, which is actually what I am talking about, so always calls it the “juicy fruit”.

It is a useful mnemonic since it literally means the use of the fruits. If one of your objectives is to leave assets to your children, but you want your spouse to have use of them during their lifetime, this is a possible solution.

If the partner never fully owns the estate or asset, it is deemed to come from the natural parent, so avoids the potential 60% inheritance tax that exists for anything given to non-relatives such as stepchildren.

There are downsides, though. For example, if looking to sell, it requires the blessing and permission of the bare owner(s). Also, passing the right of use does not come without any tax consequences, albeit significantly reduced.

Keep it in the family

This is the family pact, or pacte successoral. It is also known as the renonciation à l’action en réduction.

This is a version of the Germanic idea of what is, basically, a family agreement. This means you can get family members to agree to the organisation of your inheritance during your lifetime.

It is complex planning and, we have found, not popular with notaires. This is due to its complexity and the fact that the notaire must do it for half their normal fee (as it requires two notaires to share it). It also requires getting all the children in the same room together, agreeing to forgo their rights to your estate, which is rarely easy. Due to this, it is rarely used.

For money, the solution is simple. Placing money outside of the estate is a good way of controlling it – and an assurance vie is a good way to do this.

As it is outside the estate, it can be used to avoid succession rules.

Be warned that if you place all your assets this way and it is deemed to be manifestly exaggerated (extremely hard to do), then it can be overturned by the would-be beneficiaries.

Moreover, for those placing their money before the age of 70, they gain an extra tax-free allowance, per beneficiary, of €152,500, no matter what the relationship. So, if leaving money to seven people, the amount would be €1,067,500 without a single cent in tax. This is not even considering the income tax advantages.

These are just a few ways of protecting the one you love most. Maybe you need just one or many solutions and you may need to take professional advice to find the best way.

Should I make a new will before 'full' Brexit?

Can I leave French house to my partner, not my daughter?