Q&A: Money and tax in France this January 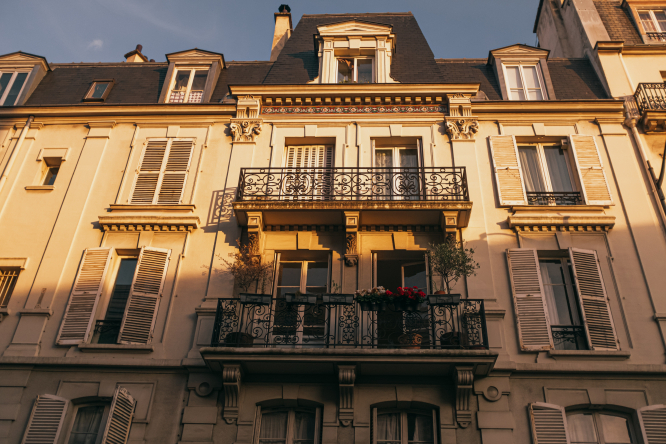 Taxe d’habitation in particular is being progressively phased out (only people on higher incomes now pay it), but at present this policy only applies to main homes and not second homes
By Hugh MacDonald

Are a couple’s bank accounts frozen after death of one spouse?

Reader question: My husband and I are UK pensioners and live in France. We have been told that when one of us dies, our joint account will be frozen and the survivor will not be able to access it. Our UK pensions are paid into this account and all our utilities are paid from it. Can this be clarified? What about individual Livret A accounts?

Individually owned accounts of the deceased person will be frozen until the relevant inheritance formalities are completed by a notaire but not any individual accounts of the survivor.

There is a different treatment for joint accounts, depending on how they were set up.

They are not usually frozen where the account is joint, set up in the name of “Mr or Mrs X”. However, the survivor should not freely use the money but should bear in mind that half the contents come under the deceased’s estate.

They are frozen where the account is indivis (indivisible), ie. set up in the name of “Mr and Mrs X”. This will only be unfrozen once inheritance procedures have been dealt with, as with any individual accounts.

If this risks posing a problem, speak to the bank as you may have to change to a new account.

With regard to frozen accounts, how quickly they can be unfrozen partly depends on what marriage regime you have.

People who spent the first two years of their marriage in the UK are usually considered to fall under the separation des biens regime, where assets are owned individually in the marriage.

In this case, particularly if there are children also inheriting, the notaire has to find out the value of the estate of the deceased – for example, how much of the account balance belonged to the deceased and how much to the survivor.

It is possible to opt via a notaire to change to communauté universelle, where on a death all the assets are “recuperated” by the survivor. This can be simpler and quicker to deal with after a death.

Before making such a change, however, you should take advice as to any future tax implications, notably for tax allowances for children who may inherit from you both in the future.

Can I designate main residence?

Reader question: We are UK residents and have two French properties, a flat in the Alps and a house in Normandy. We pay full taxe foncière and taxe d’habitation on both. I understand there are new rules removing tax on main residences. Are we able to designate one of our French properties as such so as to benefit?

The exemption you are referring to relates to the taxe d’habitation and, as you correctly say, it relates to main residences and not second homes.

However, for a French property to be a main residence, you need to be resident fiscally in France. The local tax office issues the assessments so they will know if you are permanently resident in France or not. You cannot just “designate” that one of the properties is your main residence.

Will Pacs affect our pensions?

Reader question: My partner and I are about to enter into a Pacs but I wonder whether this will affect our UK state pensions? In the booklet that comes from the DWP’s Pension Service, they ask us to tell them if we “get married or form a civil partnership”. Does a French Pacs count as the same as a British civil partnership, and if so, would this affect our individual separate British state pensions?

A French Pacs should count as equivalent to a British civil partnership since it is not the fact that it is entered into in a different country that should change what it is in nature.

There should be no effect on your individual state pensions.

Note that pension rules in the UK changed in 2016, and anyone claiming a UK state pension since then has only an individual “new” state pension based on their own national insurance contributions.

For those claiming under the old rules, there remains a possibility of a small state pension entitlement for members of married or civil partnership couples who did not work regularly so as to build up their own entitlement, based on the contributions and pension rights of their spouse/partner. It does not sound as if this would be relevant to you.

Under certain conditions, it is also possible for married or civil partnership couples to inherit the right to part of their partner’s state pension when they die. However, this does not apply to new partnerships/marriages.

Can we lower property tax?

Reader question: I am a UK citizen who spends part of the year in France. This year our local property taxes rose but I also had problems with flooding on two separate occasions. Is there any way to ask for a lowering of these taxes in relation to this?

Sadly no, the taxes are levied on the owners, whatever issues befall them.

With regard to the taxe d’habitation in particular, it is being progressively phased out (only people on higher incomes now pay it), but at present this policy only applies to main homes and not second homes.

No, notaires’ fees in France are not applicable since the deceased would be resident in the UK and the estate would be dealt with by lawyers there, not a French notaire.

A notaire would only have to be involved where the deceased was a resident of France.

The information here is of a general nature. You should not act or refrain from acting on it without taking professional advice on the specific facts of your case. No liability is accepted in respect of these articles. These articles are intended only as a general guide. Nothing herein constitutes actual financial advice.