What Britons in France can expect from the taxman in 2021 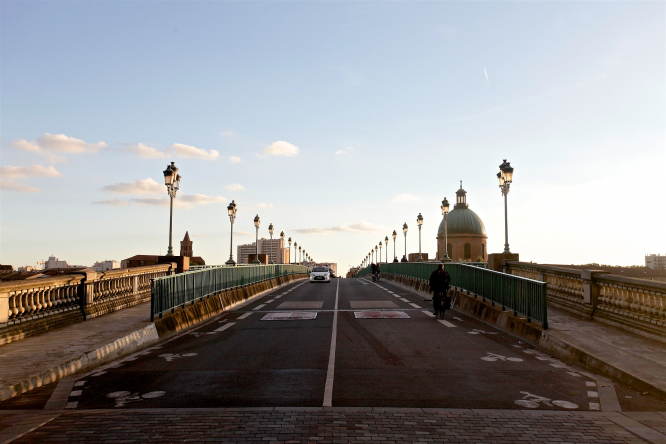 This column is by Bill Blevins of Blevins Franks financial advice group (blevinsfranks.com). He has decades of experience advising expatriates in France and co-authored the Blevins Franks Guide to Living in France.

Anyone who has been living in France for a while knows how frequently tax rules can change – and how significantly too.

Some reforms are good news for taxpayers but others increase their tax burden.

President Macron made some significant changes soon after he came into power, reforming wealth tax and introducing a fixed rate of tax for investment income from 2018.

The budgets for 2019 and 2020 were relatively uneventful from a tax point of view and, likewise, the 2021 budget proposal published at the end of September did not include any significant tax reforms.

Unsurprisingly, this budget is focused on providing a stimulus package to help companies and individuals hit by the Covid-19 measures.

While the main French budgets are released at the end of September each year, they are not finalised until the end of December.

In the meantime, they are debated in Parliament and some measures can be dropped or amended during the process and new ones proposed, so there may be changes to what we summarise below.

There are no changes to income tax rates compared to 2020, though the bands have increased slightly with inflation. The income tax bands and scale rates for income received in 2021 are:

There are no changes to the standard rates of social charges, which are payable on top of income tax in France.

Therefore, the 2021 rates are: 9.7% plus pension contributions for employment income; 9.1% for pension income; 17.2% for investment income, including rental income.

2018 saw the introduction of the prélèvement forfaitaire unique, or “flat tax”, as it is known.

This applies to interest, dividends and capital gains on the sale of shares and securities (but not to rental income).

The rate remains 30%, which includes income tax and social charges.

Lower-income households can opt to use the scale rates of income tax instead (plus social charges), though this would have to apply to all your income. There is no government proposal to amend taxation of assurance-vie policies, which continue to provide tax and wealth management advantages to investors in France.

The other big 2018 reform was the abolition of wealth tax on financial assets. It was replaced by the impôt sur la fortune immobilière (IFI), which follows the same rules and rates as the previous version, but only applies to real estate assets. Savings and investments, including assurance-vie policies, are therefore exempt.

The budget proposal published in September did not include any changes to this tax. It will continue to apply only to real estate; the current €1,300,000 threshold and €800,000 allowance stay in place for 2021; the scale rates of tax (0.5%-1.5%) are unchanged, and the 75% limitation remains available.

However, this reform met significant opposition when it was introduced and, considering how much the pandemic is costing the government, some politicians are asking for the wealth tax on financial assets to be restored. But many budget suggestions do not get far, so hopefully this is not something to worry about just yet.

There have been no changes to France’s inheritance tax for a few years now and it is not included in the 2021 budget either.

If you have not reviewed your estate planning for a while, though, it is always worth doing so to ensure you are taking advantage of all the opportunities to lower this tax for your family and heirs – particularly for heirs who face the higher tax rates.

While, on the surface, French and UK taxation may appear similar, charging income, capital gains and inheritance taxes on worldwide assets, the systems are actually completely different.

To give one example: in the UK, income tax is calculated on each individual, who receives a personal allowance.

In France, it is based on the household. The number of family members (“parts”), including children not earning income, is added together and tax calculated on that.

If you are new to France, you need to focus on how the French regime works and applies to you. You also need to follow the France/UK double tax treaty to establish where you will pay tax on UK income.

Make sure you are declaring everything and paying tax correctly, but understanding the French regime can present opportunities for effective and compliant tax planning.

While the system is complex, many people are surprised to find they can pay considerably less tax than they first expected. How you hold your assets can make a difference to how much tax you – and your heirs in future – pay.

It is definitely worth reviewing your wealth management to establish if it is designed in the most tax-efficient way for France.

French taxation is complicated, cross-border taxation and international tax planning more so. Take advice from a professional with knowledge of tax and financial planning in France.

Tax rates, scope and reliefs may change. Any statements concerning taxation are based upon our understanding of current taxation laws and practices which are subject to change. Tax information has been summarised; an individual is advised to seek personalised advice.

British Ambassador to France: Looking ahead to 2021