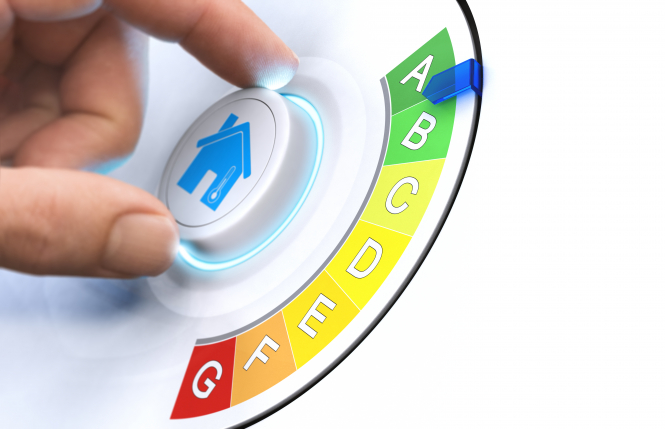 Errors in energy certificates have been caused by a change in calculation system, experts say Pic: Olivier Le Moal / Shutterstock

Around 185,000 households in France whose property energy performance certificates were carried out incorrectly this year are to have them redone for free. The properties, all built before 1975,  have lower ratings than they should, which could prove an issue should the owners wish to sell.

Energy performance certificates - ‘Diagnostics de performance énergétique (DPE)’ in French - are intended to give a rating of the property’s energy efficiency, and help the household improve its energy use.

This is a problem because a low score could also make the home more difficult to sell in future.

DPE certificates have been compulsory for home sales since 2006 (2007 for rented accommodation).

Which homes are affected?

New calculation system cause of errors

The errors have been blamed on a new calculation system, which is no longer based on previous energy bills, but on characteristics of the property, such as insulation condition and heating type, as well as lighting, ventilation, and wind protection.

The government is now awaiting a new calculation system that will fix the errors, which is set to come into force from November 1.

Housing minister Emmanuelle Wargon has advised inspectors to “suspend any energy performance diagnoses for homes built before 1975, except for any urgent and necessary transactions”.

Estate agents are also advised that until November 1, it will be possible to list a home for sale without a DPE rating, pending the new calculation system.

Industry professionals say that the new system has taken time to get right, but that the adjustments on November 1 will seek to address the problems properly.

Thierry Marchand, president of the estate agent diagnostician group la Chambre des Diagnostiqueurs Immobiliers CDI-Fnaim, told Le Figaro: "It has taken time to identify in detail the issues that could compromise the accuracy of the DPE.”

Lionel Jadot, president of the professional group Fidi (Fédération Interprofessionnelle du Diagnostic), added: “We have reported the errors encountered in the field, and then formulated a series of concrete changes to the method [of calculation]. Most of them have been taken up by the authorities.”

The new system will allow for pre-1975 construction norms, such as “thinner wall linings”, explained Stephane Prouzeau, vice-president of Fidi.

Fidi has also called for the checking of 195,000 extra diagnoses carried out since the summer. Any DPEs rated E to G for post-1975 housing should also be re-done, as they are “likely to contain errors” too, Mr Prouzeau said.

Is there a recourse over French home diagnostic error?