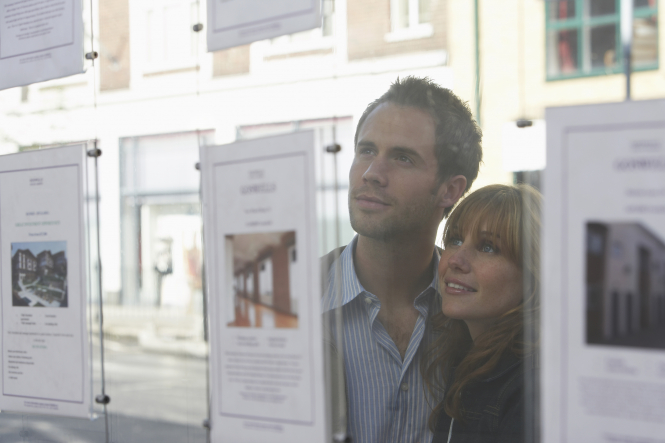 Suburbs, towns within an hour’s commute from cities, and second homes or new homes in more distant regions have all been the beneficiaries of the desire to leave the city centre behind Pic: sirtravelalot / Shutterstock

Covid-19 has upended the property market, with Paris losing out but nearly all other regions benefiting as buyers seek greener and simpler post-pandemic lives.

Remote working, which the government encouraged firms to enable, means many people no longer face gruelling commutes or are obliged to live in a particular place.

Many have reassessed their accommodation and their lifestyles and taken the plunge, resulting in new property trends across the country.

Thierry Delesalle, spokesman for the Paris notaires’ chamber, said: “It’s not a revolution, but an evolution that will continue. There were already a lot of people [before Covid struck] who had ideas about their homes that the pandemic brought to the fore. They were accelerated by the teleworking surge.”

Suzanne Jenkins-Pearce, who runs Suzanne in France estate agency in Normandy, said: “The suburbs of all the larger towns have seen more interest and there is a huge amount of interest from domestic and foreign buyers for rural properties in Normandy.”

The first lockdown, last March, saw the market slow radically, but after that initial shock, people began to think of new ways of living and the buying and selling of property resumed to a surprising degree.

Figures from Notaires de France show that year-on-year sales of older properties reached 1,020,000 transactions by the end of last November, down just 4% compared to November 2019.

Prices have held up too, showing a nationwide rise of 6.4% over the year to the last quarter of 2020

Paris, however, bucked the trend, with a decline of 2% since the start of the pandemic.

Suburbs, towns within an hour’s commute from cities, and second homes or new homes in more distant regions have all been the beneficiaries of the desire to leave the city centre behind.

There have been surprises for some vendors who had difficulty selling their houses because they were in what were previously regarded as places that were difficult to get to.

These include the Creuse, the Massif Central, or Le Perche, where, said Mr Delesalle, it was only the British or other foreigners who would buy.

“But now the French are saying it would be nice to have a little résidence secondaire there,” he said.

“Properties that hadn’t been able to find a buyer for 10 years have now not only found a buyer, but at twice the price asked.”

Another development in the property market is the emergence of what French media have dubbed the résidence semi-principale.

Better-off French families have always had their country home where they would spend a few weeks a year during the holidays.

Now many of these houses are being used – by long-standing owners or after being sold to newcomers – as places where people work remotely in between trips to the office for a couple of days.

The buoyant property market looks set to continue, helped by banks willing to grant mortgages and by the fact that the French have money to spend after saving during the pandemic.

They currently have around €200 billion in savings.

Notaires de France strikes a warning note in its latest report on property.

It wrote that “the property market is unlikely to be able to evade the looming economic and social crisis” that will come after the massive government spending needed to get the country through the pandemic.