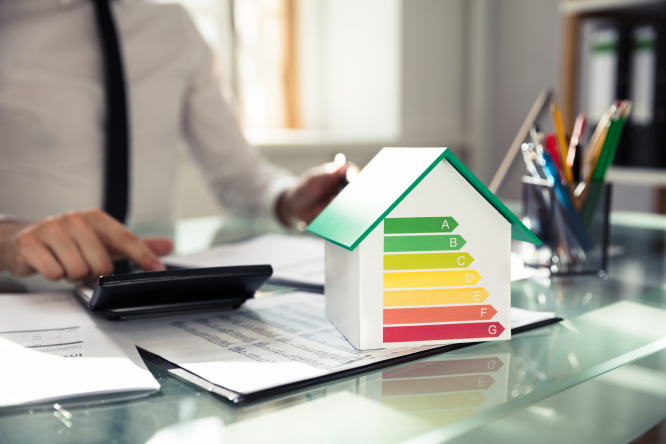 When a house is put up for sale or rent in France, its owner must hire a professional to carry out a diagnostic de performance énergétique (energy performance certificate or DPE).

This uses a graded rating scheme – from A to G – to indicate how energy-efficient the property is, and to encourage efforts to reduce its consumption.

A recent study published by Notaires de France has examined the effect of this certificate on house and apartment prices.

Overall, it concluded that in some areas of France, properties with a more efficient rating will sell for more than those with a lower rating.

Houses and apartments are often more energy-efficient on the Atlantic and Mediterranean coasts where the climate is milder, while in the north of France there is a higher proportion of properties with less favourable ratings.

In general, properties with A-B energy ratings are sold for higher prices than those classed in the D bracket, while F-G rated houses and flats are sold for less.

In Nouvelle-Aquitaine, for example, a class A or B house will sell for 12% more than a class D house. However, in other regions the difference is smaller, with Auvergne-Rhône-Alpes recording a variance of just 7%.

In Centre-Val-de-Loire, an energy-efficient apartment will fetch 17% more than a D-rated flat, while in Provence-Alpes-Côte d’Azur there will be no difference whatsoever.

For houses with poor energy ratings, the drop in value ranged between 6% (in Auvergne-Rhône-Alpes) and 20% (in Nouvelle Aquitaine). For apartments, the variation was less extreme, with regions including Centre-Val-de-Loire and Bourgogne-Franche-Comté recording no difference to the value of a D-rated flat.

In general, the price of F or G rated properties dipped slightly lower in comparison to a D-grade property in 2020 than it did in 2019.

It was recently discovered that around 185,000 French properties had been given incorrectly low scores, making them more difficult to sell.

A new calculation supposed to resolve these errors was set to come into force on November 1.

Is there a recourse over French home diagnostic error?