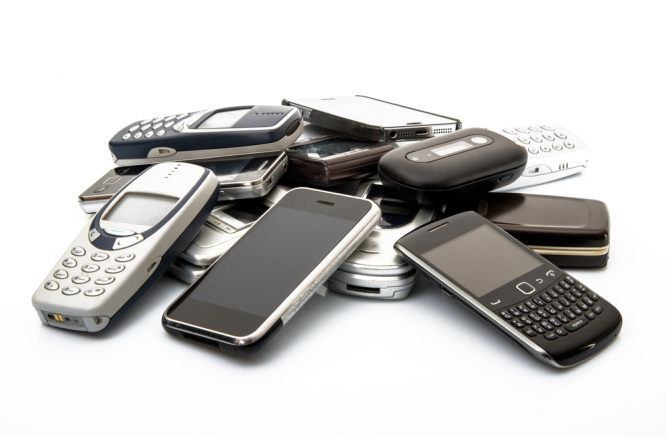 Scientists at the University of Lorraine hope to collect 10,000 unwanted mobiles so as to  find a way to recycle the precious metals contained within their circuit boards.

A project launched by the university  early this year is working to extract and recycle metals such as gold, silver, copper and palladium that are hidden in our unused or broken phones.

The THYMO scheme, led by researcher Éric Meux, is encouraging residents of the Grand Est region to contribute by dropping their old devices off at a local collection point.

Ecosystem, a not-for-profit organisation which specialises in recycling electronic equipment, reported in 2020 that only 6-9 million of the 20 million phones bought each year are recycled.

It is estimated that 100 million old mobiles are either gathering dust in our drawers at home or are in landfill sites.

If, according to the University of Lorraine’s material science laboratory, l’Institut Jean Lamour, the average phone weighs 200g, then there are currently thousands of tonnes of precious metals trapped within these defunct devices.

The researchers say that if they can collect 10,000 old phones by February 2022, they will have all the necessary tools to develop an effective process for identifying, recuperating, separating and recycling these precious metals, so that they can be used again.

This three-year-long project will eventually culminate in the creation of a treatment plant in Grand Est.

There are phone collection points in towns around the region, including Nancy, Metz and Troyes. Their addresses can be found on this map, with opening times detailed here.

There are several other options for recycling old phones, including Ecosystem’s jedonnemontelephone.fr scheme.

Through this programme, Ecosystem works to repair or recondition your unused devices - after deleting your personal data - helping to give them a second lease of life with a new owner.

How to sell your old mobile phone in France

What can I do with used gas bottles?

Missions Locales: Unemployed youngsters in France thrown a lifeline
2 December 2021
More from Science and Technology
More from Connexion
Get news, views and information from France
Join the newsletter
Subscribe to The Connexion