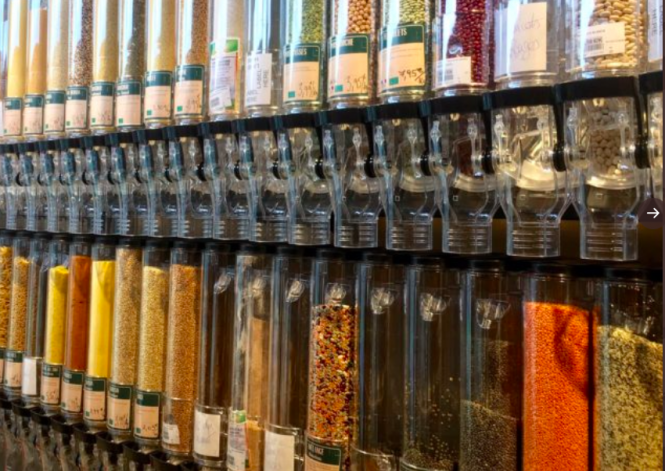 MPs have voted in favour of a new law that would mean large supermarkets in France must dedicate 20% of their surface space to food refill stations by 2030.

The law was put forward as an environmental “climate and resilience” measure, to reduce plastic packaging.

But it is not yet definitive. After being passed by parliament it must also be passed by the senate, which will discuss the matter in May.

If passed, it will apply to shops that are 400m2 and over and will make it easier for shoppers to use their own reusable containers when buying dry products like rice, pasta, cereals and beans.

Law will not apply to all shops

As such it will not apply to off licences, wine shops, cosmetics stores or perfume shops in which it is more difficult to sell products as refills.

The new law comes as part of an objective to ban some types of single-use plastic packaging by 2025.

Instead, glass packaging, which is recyclable, will be recommended.

MPs also passed measures to prevent samples being given away in stores – unless requested by customers – in order to reduce waste.

A three-year trial to reduce leafleting in letterboxes has also been planned, along with evaluations on how this could impact the paper and recycling industries.

And MPs also passed a law meaning that from 2023 detachable parts for some products must be available for at least five years after the items are put on sale to make repairs easier.

These products include motorised DIY and gardening tools and bikes.

Environmental news in France for March 2021