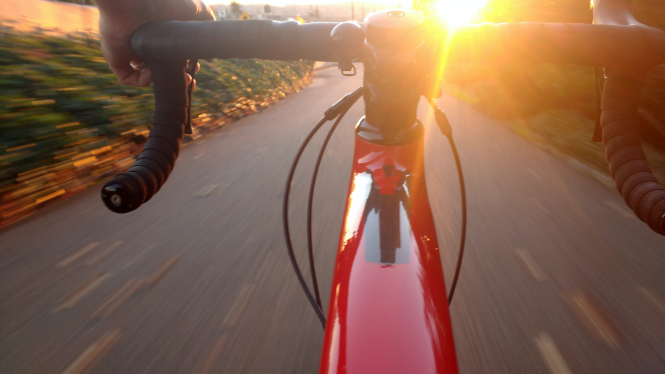 Apart from cycle paths, places on the list have secure cycle parks, information points, cycle hire and repair shops, and accommodation for 'cyclotourists'
By Connexion journalist

Bike shops are selling out as more people turn to the freedom and health benefits of cycling.

Cycling for fun is encouraged by the Fédération Française de Cyclotourisme (ffvelo.fr), which is for leisure cyclists rather than sporting professionals.

“People work out at the gym, or swim for maybe 30 minutes or an hour, but people cycle for two or three hours or more,” he said.

“Exercising for extended periods of time is very good for the heart.” He also says that doing gentle exercise for long periods is the best way to burn fat.

'Cycling is great for the metabolism, it really slims you down, and speeds your metabolic rate so you don’t put on weight'

Dr Yau, a retired sports doctor and ophthalmologist living in Hauts-de-France, has been a keen cyclist all his life, and has enjoyed long-distance cycling all over the world. “Wherever I’m going, I always try to cycle or walk.

“One of the primary benefits of cycling is that it slows the ageing process. Research shows people who have cycled regularly have bodies that are up to 10 years younger than their age.”

Some rides, such as the annual Paris-Brest-Paris race, require dedicated training. “But you don’t need a high level of fitness.

“You can just pedal slowly and gently. It is best to go out at least twice a week, three times if you can. But if you can only manage once, it’s better than nothing.”

He is not a fan of electric bikes but concedes they can be useful for people recovering from illness.

Others say they are great because they open up so many more potential rides as you can go further and tackle more slopes.

“It’s better to use an electric bike than to stay at home, but a real bike is best. Just use a very high gear and ride slowly. You can build up as you increase your fitness,” he said.

“Cycling lowers the risk of developing cancer, and for those who have had cancer, it lowers the chance of it coming back.”

The benefits are not only physical

“Cycling is good for morale. It reduces anxiety and depression and increases relaxation. If you join a cycling club so that you go out cycling with other people, it is also very social.” When it comes to accidents, Dr Yau said risk is part of life, and cannot be avoided. “Cycling isn’t a dangerous leisure activity, but you can never be completely safe.

“Cycling helmets are indispensable, especially on the road, for both adults and children.

“I do recommend a rear view mirror. It really helps to know what’s behind you, so you’re not surprised by an overtaking lorry.”

He said various networks of cycle paths are opening every year in France, but the country still has a way to go before it catches up with Holland, Denmark and Germany. Persuading traffic to respect cycle lanes is another challenge. The federation is compiling Territoire Vélo – a list of towns and communes with good provision for cyclists, which is available on its website.

Apart from cycle paths, places on the list have secure cycle parks, information points, cycle hire and repair shops, and accommodation for “cyclotourists”.

France is the second-most popular destination for cycle-tourism in the world, after Germany, and hosts around 10million holidays per year. Each tourist spends around €75 a day, meaning the sector is worth €2billion a year.

The Semaine Fédérale Internationale de Cyclotourisme 2021 is scheduled to be held from July 25 to August 1 in Valognes (La Manche). If it goes ahead, dependent on the health situation, it expects in excess of 12,000 cyclists from all over the world.

Details of the event in both French and English are available online at Valognes.

A bike is stolen, on average, every minute in France. Around 100,000 a year are recovered but often are not returned as they cannot be identified.

From this year, new bicycles will have a code number (a bicycode) marked as standard. The code is then stored on a national database, allowing recovered cycles to be returned as soon as possible.

People who already own a bike can also get it marked (not obligatory) at an approved store and registered on the site bicycode.org.

Once a bike has a code, its owner will be given a certificate to present to police as proof of ownership if the bike is stolen or to use should they want to sell it on.

A government scheme offering €50 towards bike repairs in a bid to promote cycling in France that had been due to end on December 31 has been extended to March 31, 2021. You can find qualifying repair shops via coupdepoucevelo.fr.