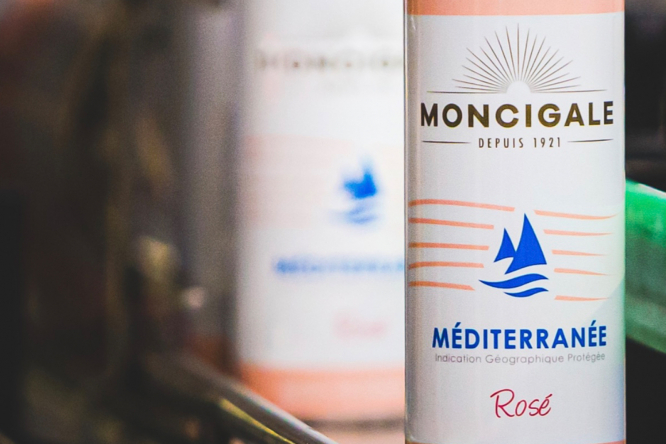 Six million cans were filled last year at the factory at Léognan, near Bordeaux. Most is rosé but there are also red and white wines being put into cans.

A €5million expansion in a new factory, purely for wine and spirits, will see that eventually rise to 40 million cans.

The majority of the canned wine is exported but tests of the French market have shown that the new ‘packaging’ has been a success.

Tests carried out by the Moncigale brand over a year with cans containing 25cl (equal to two glasses) showed there was demand in France for packs of four.

Franck Bourguignon, the sales director behind the drive, said: “For many young wine drinkers, the fact that it comes in a can and not a bottle is not important.

“They tell us that they like the convenience of wine in a can and the fact that all the packaging can be easily recycled. They feel they are helping the environment because cans weigh less than glass.” Moncigale has recently been sold to the Boisset family and is to change its name to Les Chais du Sud.

“The French market is growing but it is in the north of Europe, the US and Canada where wine in cans has taken off,” said Mr Bourguignon. He said bag-in-box wines were also gaining in popularity in France after being shunned for years by consumers who preferred bottles.

He said a recycled paper bottle, invented by a British firm, was also of interest.

It has a shiny cardboard exterior in a bottle shape, with the wine staying out of contact with the paper thanks to a film of plastic, similar to that found in bag-in-box packaging, which is also recyclable.

“We launched in June last year, and there has been a lot of interest from France, and some of the talks are quite far down the line, but so far no one has actually said they will buy,” she said. “I am confident they will – the bottle is easily recycled, weighs a fifth of a glass bottle, and looks really good.”

Cacolac is a French treat which has never had success outside its native country.

It is a sweet chocolate milk drink. Although aimed at children, it is also sold in bars and cafes for adults – not all of whom mix it with something stronger.

The drink was first sold in 1954 and early advertising was done by having vans with a large Cacolac bottle on the roof distributing it to small shops and villages, at first around the base in Bordeaux and then all over France.

After a spell owned by foreign funds, the company is now back in the hands of the founding family.

20 hours ago
5
France reopens to UK tourists: Rules for adults and children