It is the centrepiece of the hamlet, which was modelled on Marie-Antoinette’s vision of a countryside farm. It was constructed in 1783 a little under two kilometres from the main château.

Having tired of the pace of life at the château, the queen decided to create a peaceful haven in which she could welcome her own guests, and teach her children about nature and animals.

She also invited local people to the farm, and brought in real farmyard animals to live in the surroundings.

Although located in the grounds of the famous chateau, the house has never before been open to the public as it was in a dilapidated and dangerous state. In its heyday the house and hamlet was only accessible to members of the court but Napoleon later ordered a restoration in 1810 and it was used by his second wife, Marie-Louise.

This will be the first time visitors can discover the extreme refinement of the interior, in contrast to the picturesque bucolic appearance of the exterior.

It has now been entirely restored, after three years of work largely sponsored by Dior, and expects to receive up to seven million visitors per year.

Jérémie Benoit, head of restoration of the hamlet, said: “We had a building that was in a real state of decrepitude. So we absolutely needed to start with everything [from the ground up]; including the foundations and the beams.”

Visitors can explore the hamlet's lake and grounds, the rustic exterior buildings, and the sumptuous interior designs, the latter of which demonstrate the same attention to detail and royal style as that seen at Versailles itself.

This is because, although Marie-Antoinette desired a farm, she still wanted it to offer similar levels of style and comfort as the main château, especially indoors. 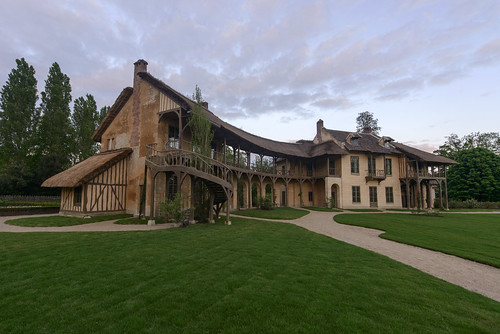 As well as the exterior and interior of the place, an exhibition will also explain the queen’s use of the hamlet, and shed light on the huge parties she held there.

Resident or second-home owner in France?
Benefit from our daily digest of headlines and how-to's to help you make the most of life in France
By joining the newsletter, you agree to our Terms & Conditions and Privacy Policy
1
MAP: How to see where wildfires are in France in real time