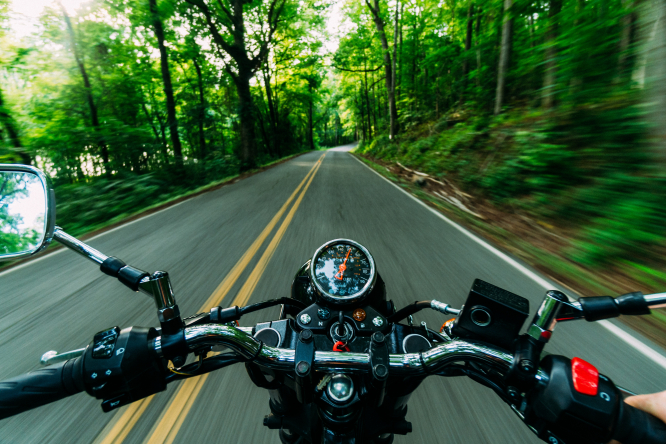 The European Union decided in 2014 that member countries must have or introduce a contrôle technique (CT) for motorbikes from January 2022.

However, the French government has decided to work with one of the main motorbike associations on arguments it can use for why France should not be forced to impose them. Finland, Ireland and the Netherlands take the same view.

Aurélie Ronfort, national secretary of Fédération Française des Motards en Colère (FFMC), told The Connexion the main argument was that a mandatory contrôle technique for motorbikes would do little to improve road safety.

“In France, we are unusual in that there is one mutual insurance company which insures an overwhelming majority of bikers and so we have very accurate data,” she said.

“This has been looked at and only 0.03% of accidents involving powered two-wheelers involved a technical failure.

“It is a tiny number and to impose the expense and disruption of a contrôle technique in the country using the safety argument does not make sense.”

For the majority of the public, concerns with motorbikes focus on noise and pollution, especially from small two-stroke motors, very few of which still have their original silencers fitted.

“The noise of small two stroke motors can be loud and annoying, and they can leave a trail of smelly smoke, but both the noise and the pollution can be dealt with by existing laws by police and gendarmes. As a federation, we work hard to educate bikers about using their machines responsibly – but there are always some who do not respond.

“Having a CT will not change anything – taking off an illegal silencer and replacing it with a legal one takes five minutes, so people who like the loud noise will just do that before the test and change it back afterwards.”

Another distinguishing feature between motorbikes and cars is the lower number of kilometres they do in a year.

“And 6,000km is the recommended limit for bikes to go in for an oil change and service, so most are checked over in a workshop at least once a year.

“Plus, unlike a car, the motor and other bits are not hidden away.

“Bikers check their machines as a matter of routine before getting on.”

The federation is also questioning the cost of the infrastructure which will be needed.

“You will have to have dedicated testing centres with machines to test things like brakes and suspension. It will cost hundreds of thousands of euros to set them up if you have a proper CT.

“The alternative, which some countries have already, is to just have a look at the machine and check for noise, but what is the sense of that?

“It will not pick up any dangerous faults.”

An estimated 2.5million people hold motorbike licences in France – and another 1.5 million use scooters and other powered two-wheelers which do not require a full motorcycle permit.

14 hours ago
5
Tax: France to debit 10m households which have not paid enough

Banks to tighten rules on getting a mortgage in France
25 September 2021
More from Opinion
More from Connexion
Get news, views and information from France
Join the newsletter
Subscribe to The Connexion