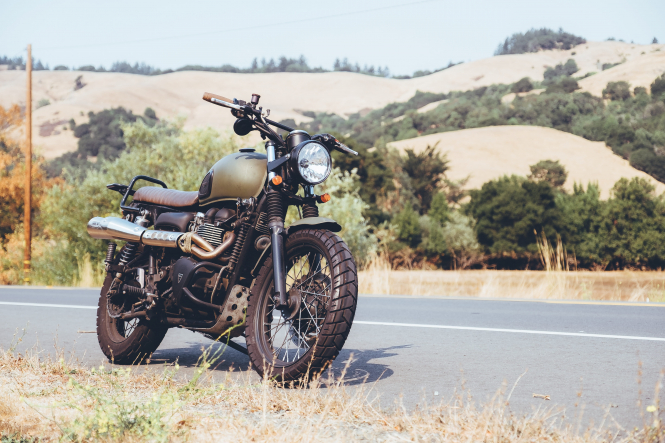 All motorbikes in France over 175cc are limited to a maximum sound of 80 decibels Pic: Piqsels

Summer is just around the corner in France and for some people living in the countryside that means the return of noisy motorbikes to disrupt the calm.

Michel Charon, a resident of Saint-Forget (Yvelines) lives right next to a winding country lane that motorcyclists love to ride on.

He said that the noise of continuous motorbikes passing by his garden makes him not want to spend any time outside.

“It is not even possible to have a conversation outside,” he said in an interview with Franceinfo.

However, Didier Renoux, head of communication at the French motorbike association Fédération Française des Motards en Colère, said it was important to note that it is only “certain motorcyclists who disturb certain residents”.

“There are some motorcyclists who are not respectful enough and therefore endanger the practice of motorbike riding for everyone,” he told The Connexion.

“I can’t say whether it is a majority or a minority of motorcyclists who are making too much noise, but there is a noticeable number of motorbike riders who are.

“Motorcyclists who have normal bikes and ride in a normal way are not going to disturb anyone.”

Mr Renoux said that due to the lockdowns put in place in France to counter the Covid-19 pandemic that led to long periods of quiet, loud noises have now become even more intolerable to certain people. He said this is true of motorbike noise as well as the noise of crickets, frogs or other factors.

There are an estimated 2.3 to 2.5 million motorcyclists in France, with around four million motorbikes and scooters in circulation, according to ActiRoute, an organisation that helps drivers in France recover points lost on their driving licences.

All motorbikes in France over 175cc are limited to a maximum sound of 80 decibels.

For comparison, that is slightly louder than a vacuum cleaner, at 75 decibels, and roughly equivalent to being in a noisy restaurant. Sounds over 85 decibels are considered harmful.

Around 20,000 tickets are issued to motorbike drivers annually for infractions related to noise, the French Ministry of Interior stated following a 2016 report.

Motorcyclists who break the law on noise can be given a €135 fine. They can also receive an €11 fine for having a non-authorised exhaust on their bike.

Since 2019 sound detection radars, nicknamed Medusa radars, have been in place in Yvelines. They are to help catch motorcyclists driving bikes that are too noisy.

Last year, Paris signed up to be a part of a two-year experiment using these radars with the idea of rolling them out more widely by 2022.

Mr Renoux said he was against this solution and that it was more important to concentrate on educating riders.

“A long time ago, maybe 30 years ago, I was stopped by a police officer because my motorbike’s exhaust was a bit too loud. He said I had 48 hours to present myself to the police station or I would receive a fine and he explained the situation to me in an intelligible way.

“This is better than just getting an immediate or automatic fine as he was able to tell me why I had done something wrong as a way of education.

“All the laws exist to allow people to live peacefully with each other but are not applied because there are not enough police on the streets.

“Radars, whether it is a speed or sound radar, never provide education, which is what is needed in this case.”