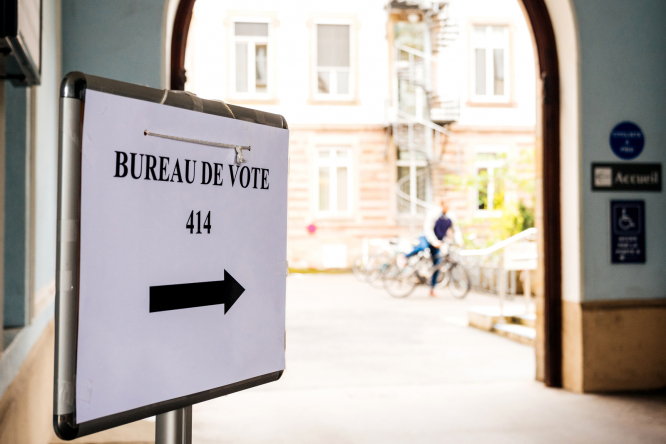 As we approach the presidential election of April 2022, it is once again extremist candidates who are dominating the early running, writes Nabila Ramdani Pic: Hadrian / Shutterstock

The most overused but nevertheless brilliant quote about modern France is undoubtedly Charles de Gaulle’s pithy observation: “How can you govern a country which has 246 varieties of cheese?”

It fuses agriculture, food and the strong possibility of lawlessness – all mainstays of Gallic life.

The founder of the current Fifth Republic was uniquely placed to understand and explain his nation, and that is why de Gaulle’s words are just as relevant today as they ever were.

What has changed since the time of le général, however, is that there are now likely to be more political parties in France than there are types of cheese.

Incredible as it sounds, the number of political parties in France is well beyond the 500 mark and rising

To it, we can add a growing list of individuals who want to replace President Emmanuel Macron as head of state in April.

Edouard Philippe, Macron’s former prime minister, launched his new party in Le Havre – the port city where he is mayor – in October. He called it ‘Horizons’, making it sound like a particularly dreary new range of paints, rather than a vehicle to get him into the Elysée Palace (the French have never pretended to be any good at party names).

Pertinently, those who turned up to the launch included the spokesmen for no less than three rival organisations, including one from Macron’s LREM.

The acronym stands for La République En Marche (The Republic On the Move) but is most notable for including Macron’s initials, showing how absurdly ego-driven these parties have become.

To make the situation even more radically representative, France has rapidly become one of the leading countries for opinion polls in Europe. There were 193 commissioned in the whole of 2002, but the figure is likely to be three times that next year. With at least one new poll a day, the multitude of politicians now operating in France can monitor views constantly.

On the one hand, all this can be seen as a great lesson in democracy – everybody deserves a say, and there is nothing wrong in having a system that reflects this.

The problem, in contrast, is unstable government.

If votes are spread too thinly across numerous candidates, including no-hopers, then terrible governance is the likely result.

As we approach the presidential election of April 2022, it is once again extremist candidates who are dominating the early running.

This perfectly illustrates what is going wrong. Eric Zemmour, the far-right TV personality and pop philosopher, has not even declared his candidacy yet, but is already being tipped to eclipse Marine Le Pen of Rassemblement National, who went head-to-head with Macron in 2017.

Le Pen got through to the second round four years ago thanks to the almost comical divisions in the French left, and of course the appalling sleaze surrounding Les Républicains (LR) – the current incarnation of de Gaulle’s conservatives on the right. LR is currently best known as the party of convicted fraudster Nicolas Sarkozy, and his similarly criminalised former prime minister François Fillon.

Beyond trying desperately to stay out of prison on appeal, both men now personify a Paris political establishment mired in corruption.

Despite the compelling evidence used to convict these men, it would not surprise anybody if one, or even both, went on to join everyone else in forming their own political party in the years ahead.

It is all part of the ongoing saga of a country that is as obsessed with absurd levels of representation as it is with dairy products.