Simon Heffer: how Macron is going to lead France post-Covid 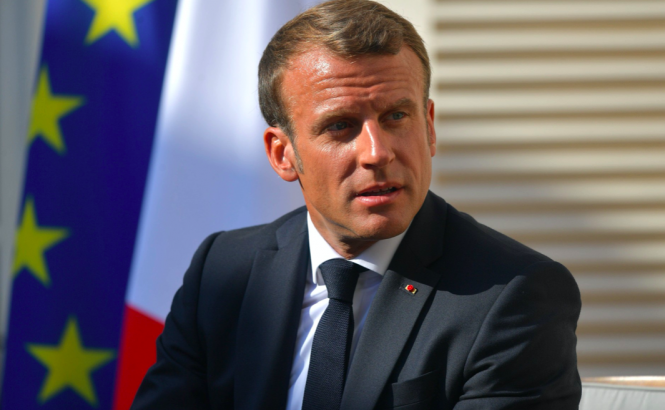 Simon Heffer shares how he thinks Macron needs to get France back on track post-Covid-19.
By Simon Heffer

Just as this has been a year like no other in living memory, so France is about to undergo a rentrée like none it has ever known. Any hope of a fresh start has been dashed by the recent rise in Covid-19 infections.

It is not yet sensible to call it a second wave, but it may yet come to that; and because the new clusters of infections seem to be mainly among 15 to 44 year-olds, the numbers in hospital have not risen.
But with the rate of infection rising steadily throughout late August, a return to a normal France in September is out of the question. Restrictions have tightened up in recent weeks, with mask-wearing even out of doors becoming increasingly enforced in urban areas. With the days shortening and autumn approaching, the situation remains unhappy and uncertain.

It is an important moment for President Macron to consider his, and his country’s priorities. He has said, insistently, that there can be no renewed total lockdown of France, but that local lockdowns might be necessary to protect the public from a more general infection.

The president’s determination to avoid a second national lockdown is understandable, and will be easily comprehensible to other European leaders whose economies are tottering after six months of Covid-19.

I have been casting around for accurate figures of what the pandemic has cost France, but it is hard to find them: the statisticians seem to have given up several weeks ago. There was a consensus that the net cost was €120bn, and perhaps 6% off French growth year on year.

Given that the difficulties in resuming normal commercial life have continued longer than the French – or indeed any European government – initially imagined would be the case, those costs mooted a few weeks ago have almost certainly risen.

In Britain, with a comparable population, the cost is now estimated at £200bn at least, or €220bn. It is reasonable to imagine that France has taken a similar hit. At some point M. Macron and his new prime minister, M. Castex, have to judge not just how the economic recovery is to be effected and managed, but how the massive hole in France’s finances is to be repaired.

Even though everyone knows that Covid-19 was, to use an old-fashioned phrase, an act of God, there were options available to all leaders of all countries on how to handle it. The equation was simple: the more responsibility the state decided to take for the welfare of the individual, the more it had to compensate individuals for any restraints it thereby put on their ability to work or run businesses.

Of course, it was a double cost, because those businesses were no longer earning the revenues that helped keep a state functioning, or earning foreign currency that helped keep reasonable reserves and a stable currency. Getting out of the predicament will require nerves of steel, but also high intelligence: and almost certainly a substantial increase in taxation.

The French people should take it as a sign of his awareness of the seriousness of the situation that M. Macron invited Europe’s most powerful political leader, Angela Merkel, to his retreat at Fort Brégançon as he resumed normal work in August to discuss how to handle the crisis.

The meeting was surrounded by reassuring rhetoric about the Franco-German couple, all pulling in the same direction for Europe’s good, but that is only part of it. The EU, of which the ‘couple’ like to see themselves as the presiding axis, has had a dismal Covid-19; mainly, each country has taken a sauve qui peut attitude; national borders have been closed, re-opened and re-closed.

One leader, Viktor Orbán of Hungary, has defied all the EU’s democratic standards by deciding to rule by decree: and such have been the preoccupations with the pandemic that Brussels has not yet told him to behave himself and get back into line.

It would have been instructive to have been a fly on the wall at the Fort Brégançon meeting, not least to see how well M. Macron, as one of Europe’s two major leaders, understands the extent to which the EU will need the couple’s collective input if it is to come through this intact.Germany probably has the resources to do this. France probably does not.

M. Macron must be alert to the dangers of spreading his influence and his country’s limited assets too thinly. His first priority, at least in the eyes of his electorate, must be to put France on an even keel. Even in recent weeks the reimposition of quarantine restrictions, and not just by Britain, has come at a serious cost to France’s huge and vital tourist trade.

Just at a time when the French economy was supposed to be picking up, it has been delivered another very serious blow, adding a further consideration to the list of problems M. Macron must manage. Yet it sometimes seems as though he doesn’t quite get how bad things are at home.

France firms urged to use lunch vouchers to save restaurants

He went to Lebanon and made grandiloquent gestures about helping to rebuild that country after the horrific bomb blast in early August; and France has 5,000 troops currently deployed in Mali, after the coup there. These neo-colonial ideals may be luxuries France can no longer, for the moment, afford.

Doubtless M. Macron believes he will, thanks not least to France’s voting system, win the next election* in any case: his main opponent remains, for the moment, Marine Le Pen, and the Rassemblement National can never get a majority in the second round of a presidential election – can it? These are strange times, and they are not over yet. M. Macron needs to understand that the pandemic has changed everything, and much more than perhaps he wishes to realise.

*President Macron’s popularity in August stood at 36% in an Ifop poll for the newspaper Le Journal du Dimanche. This is 1% down on a comparable survey carried out in July. The percentage dissatisfied with the president’s action remains stable at 63%. The poll was carried out on a representative sample of 989 French adults using a quota method.

G’day Sheila could have been b’jour Bruce
16 August 2019
More from Opinion
More from Connexion
Get news, views and information from France
Join the newsletter
Subscribe to The Connexion