Why are there so few lawyers in France compared to US? 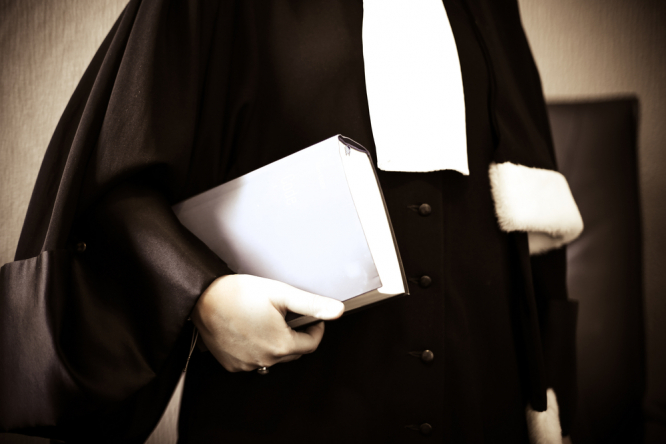 This article considers in particular the number of avocats in France, whose job includes providing legal advice, especially relating to complex and contentious areas, and appearing in court. France also has some 16,000 notaires, the other main French legal professional, whose role typically includes drawing up binding legal documents in areas such as property sales or dealing with inheritance.

It is odd that France has so few lawyers.

What can explain this? Do the French have a deeper fear of lawyers?

When a Shakespeare character from Henry VI Part 2 cried “the first thing we do, let’s kill all the lawyers” France’s revolutionary leaders understood and did the next best thing. They abolished lawyers.

The experiment did not last long. In 1810 Napoleon brought them back. If law is, according to American legal philosopher Lon L. Fuller, the “enterprise of subjecting human conduct to the governance of rules,” there must be those who know the rules and can interpret them. Napoleon understood. But why are there so few compared to other countries?

I have long pondered over this puzzle. When I see senseless disputes between neighbors over common walls and litigation among heirs haggling over an inheritance, I am tempted to think the French may be more litigious than Americans.

The low cost of French lawyers is less of an obstacle to a good fight between neighbors or among family members. Yet despite their scarcity, French lawyers don’t do well financially. Half earn less than $50,000 per year, just above average French household income of $44,000. Even in Montana, a low-income state, the average is $89,000.

What can explain this? I have only a few thoughts to explain the oddity.

First, and perhaps most important, is the nature of the French economy. While France has some very big companies – Airbus, Air Liquide, Alcatel, Danone, Dassault – and has many small companies, such as bakeries, pharmacies and restaurants, it has few companies with sales in the $100 to $500 million category.

Yet companies in that financial bracket provide bread-and-butter to lawyers in the US and England.

The financial services sector, a honey pot for London solicitors and New York firms, is less developed in France. The alphabet soup of administrative agencies that exists in the United States – FAA, FCC, FTC, IRS, NLRB, SBA, SEC – each of which publishes voluminous regulations which must be interpreted and which furnish a lucrative source of business for American lawyers, does not exist in France.

The limited damages awarded by French courts means that legal fees based on a percentage of the recovery do not bring riches to the French lawyer. The value of death in a French road accident is about €60,000. A judgment of defamation may bring symbolic damages of one euro and at most a few thousand.

In both America and England damages in the millions for road accidents or for medical negligence are common. Class actions that bring multi-million-dollar awards do not exist in France. French law does not provide for punitive damages, nor does it have laws that provide for triple damages. To the extent that tax advice is sought, the French client rarely thinks of turning to a lawyer.

Finally, the archaic structure of the French legal profession plays a role.

France has 164 different bars. Each bar is independent and has regulatory authority over its members. The Paris bar has over 35,000 lawyers while a bar in the French Alpes has only 48 members.

England and Wales have one Law Council for 16,000 barristers and one Law Society for 128,000 solicitors. It has only been in the past 30 years that French lawyers have a national organization to represent their interests. In a far younger country lawyers formed the American Bar Association in 1878, 112 years before the Conseil National des Barreaux.

There is also no national school to train future lawyers. The judges are better trained than the lawyers whose work they must judge.

The evolution of the French legal profession in the last 50 years has been mostly at the initiative of the government, not of lawyers themselves. The pace of that evolution has not been rapid.

To give just one example, in 2012 a law ended the monopoly of avoués, lawyers whose mandate was limited to civil procedure. A law to end that monopoly (which concerned representing members of the public and businesses in the cour d’appel appeal courts) had been first proposed in 1902. The legal change also abolished the avoué title, as they merged with avocats.

There have been proposals to break the monopoly of the 119 lawyers who alone can handle cases before France’s two supreme courts (avocats au Conseil d’Etat et à la Cour de Cassation), proposals to fuse at least some of the 164 different bars into more viable units, and proposals to create a national law school for lawyers.

Yet when I look at the 110 years it took to abolish the monopoly of the avoués, I feel the truth of the French proverb, “the more things change, the more they remain the same.”

Ronald Sokol of Lexhelp practices law in Aix-en-Provence. He is a member of the bar in France, England, and the US. He taught law at Virginia Law School and is the author of Justice after Darwin among other books and articles.

lawyer
avocat
US
More from Opinion
More from Connexion

WHO recommends lifting of international Covid travel bans
23 January 2022
More from Opinion
More from Connexion
Get news, views and information from France
Join the newsletter
Subscribe to The Connexion