2022 changes for drivers in France: Higher taxes and speed limiters 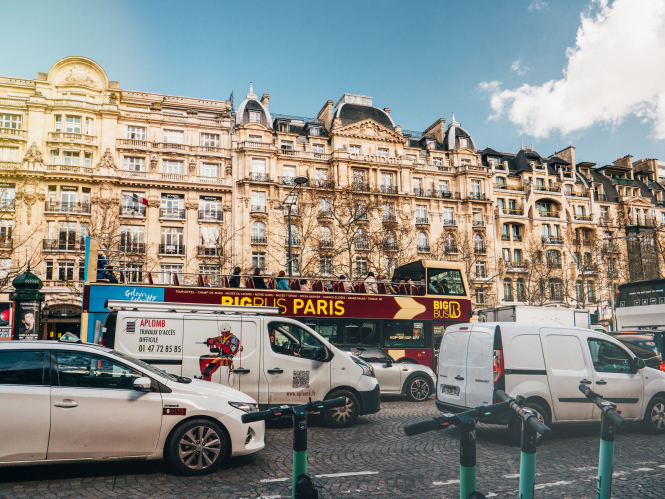 Driving to Paris will be difficult for CritAir3 cars and above from July Pic: Hadrian / Shutterstock

Several changes are coming in for drivers in 2022 in France including a rise in so-called green taxes on new cars and tolls and the compulsory fitting of GPS linked speed limiters to cars. We explain.

For taxes, the main increases are due to a lowering of the CO2 emissions limits for cars, which means any new car with a rating of 128g of CO2 per kilometre will now fall into the “malus” category of green taxes.

It will mainly affect petrol vehicles which use more fuel than diesel ones, with, for example a petrol engined Dacia Duster, one of the country’s best selling models, now paying €300 in malus taxes, an increase of €100.

Even small petrol cars will be affected, a Citroën C3 with a 1.2 litre PureTech motor producing 110 HP and a Renault Clio with a 1 litre, Tce 90 HP motor will both be affected if they have automatic gearboxes.

French manufacturers are not present in this segment of the market.

Lovers of large cars and SUVs will also face another green tax this year, if their vehicle weighs more than 1.8 tonnes, including an allowance for a 75kg driver, with the tax being calculated at a rate of €10 for every kilogramme over that limit.

Electric and hybrid motored cars are excluded due to the extra weight of their batteries as long as they are certified as being able to drive 50km or more on the battery alone, and reductions in tax are also available for families with more than three children.

The top green tax figure of €40,000 cannot be exceeded this year, even if the combined weight tax and CO2 malus tax exceed the amount.

Rise in tolls to recover losses during lockdowns

Tolls will also rise by an average of 2%, from February 1, even though they were initially introduced as a way for paying for the construction of autoroutes, and the building costs of most of them were met in the last decade.

The companies with the concessions to operate the autoroutes claim they need a rise to compensate for salary rises and the loss of revenue during lockdowns.

With its giving hand, the government is maintaining, until the end of June, the €6,000 grant towards the cost of buying some fully electric cars, with the grant falling as the price of the car rises and ending for cars which cost more than €60,000. From July the grant is due to be reduced to €5,000.

Buyers of plug-in hybrids can still claim their €1,000 bonus, even though green groups are complaining that real-life examples show they actually use more petrol than straight petrol engines, or other hybrid types.

This is mainly because they are bought as company cars and drivers cannot be bothered to plug them in to recharge the batteries every night.

The other grants to help people buy less polluting cars, the prime à la conversion has been tightened with grants only now available for people who buy cars with CO2 ratings of 127g of CO2 per 100km, as opposed to 132g of CO2 per 100km, last year. Grants can reach €5,000 to help buy electric vehicles or plug-in hybrid vehicles, depending on declared income.

On the road, drivers this year are advised to keep an eye on speed limits, with the government saying it will concentrate efforts on making sure the 4,500 existing radar sites are operational.

At one stage of the gilets jaunes protests, only around a quarter were, with the rest vandalised.

The fleet of privately operated radar cars, will also be extended across all of France and should reach 400 vehicles by the end of the year, with each on the road for at least seven hours a day.

New tyre law fines to be enforced from November

November, 1, 2021 marked the first day of France’s new winter tyre requirement, which applies to certain mountainous areas of the country between November 1 and March 31 every year.

You should be equipped with either now chains in the vehicle or with winter tyres. From November this year fines will start to be issued if they [the cars] are not equipped in accordance with the new regulations.
Read more: Are snow chains a permitted alternative to winter tyres in France?

Driving to Paris will become problematic for many people from July 1, with the city banning all cars with a Crit'Air3 sticker or higher. Crit'Air3 applies mainly to diesel cars bought before 2010 and petrol cars before 2006.

Lyon said it will ban all Crit'Air5 cars from July.

Plans to flash offending vehicles with bad Crit'Air sticker or no stickers at all by camera, which were also due this year, have been put back to at least 2023, after it was discovered there were no laws which allowed authorities to do so.

Read more: A guide to Crit’Air stickers in France

All new cars to have automated speed monitors

Another law affecting new cars will come into effect in July, making it compulsory to have a speed limiter fitted to all cars, and for the limiter to have a default “on” setting.

Read more: All new cars in France to have automated speed monitors from July 2022

The limiter will be linked to the car’s navigation system to get speed limit information, and it will be possible to turn it off, each time the driver starts the motor.

From January 1, the garantie légale de conformité, if they buy the car from a professional, is extended from six months to a year. The guarantee has also been changed so it is now the professional’s legal responsibility to prove the fault complained about was not present at the moment of sale,  and not the buyers.

Tax, homes, cars: 19 changes in France for residents in January 2022

22 hours ago
5
France to bring in vaccine passes: What will change and when?