Speed cameras return to action in France with 4,700 radars 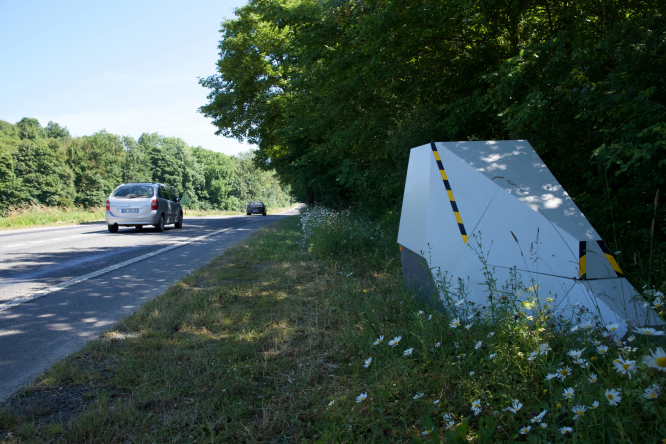 The government’s budget for 2022-23 specifies 4,700 radars of all types will be operational, with an estimated €714million in fines coming from them.

This year, it expects to receive less than €700million – far less than the €809million it initially predicted – because fewer cars on the road, due to Covid restrictions, has meant fewer people being fined for speeding.

Once seen as an ever-generous cash cow for the government, with a record €824.7million collected in 2017, radars started to lose their lustre with the gilets jaunes protests and Covid.

Interior Minister Gérald Darmanin said: “Speeding, or driving at speed which is not appropriate to road conditions, and drink driving remain the main causes of death in road accidents.”

His department’s official figures for July this year show 313 people died – 20 more than last year and 15 fewer than in 2019.

Some details of the type of radars that will be operational have been released.

In order to curb vandalism, the government has started building more of the tall, cylindrical tower radars, which have plug-in units.

This allows 1,000 electronic units to be shared between 1,400 cabins, meaning that drivers passing towers will not know if they are active or not.

In addition, there will be 800 older radar units in use, either of the grey rectangular ‘filing cabinet’ type, or thin, black, round ones. Many have been refurbished after vandalism.

New equipment includes 700 units able to distinguish between lorries and cars, and flash either if they break their different speed limits.

There will also be 50 units which use average speeds over several kilometres to determine if a vehicle is travelling too fast.

It will mean the cars, known as radars mobiles nouvelle génération (RMNGs), will be operational in all of mainland France. They are already present in eight of the 12 metropolitan regions (not including Corsica or overseas France).

However, the first fines will only start to be issued in the new regions from 2023.

‘Private’ cars are those driven by outsourced operators, as opposed to police cars.

They are designed to blend in with traffic, using popular models such as the Peugeot 308, Dacia Sandero and Citroën Berlingo to do this.

Camera operators also use an infrared flash, not visible to motorists, making them harder to notice.

They do, however, offer more leniency than usual fixed speed cameras, allowing a margin of 10km/h over speed limits in areas where the limit is below 100km/h, and a 10% margin where speed limits are over 100km/h.

Normal cameras only allow margins of 5km/h and 5%.

Are there any clues to identify private speed camera cars in France?