A guide to Crit’Air stickers in France 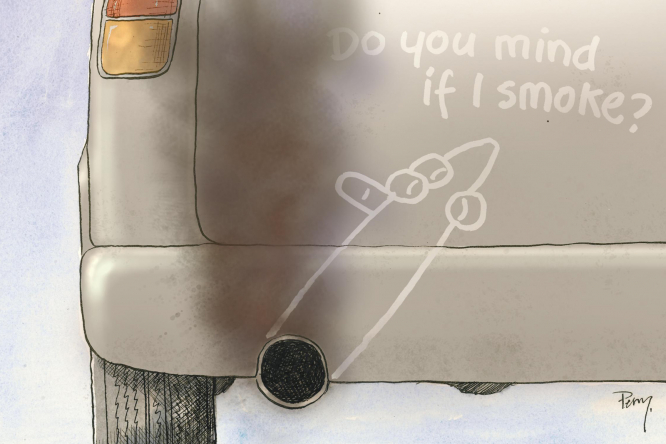 Classic cars, which are by definition at least 30 years old (and with the carte grise ‘véhicule de collection’) are exempt from the stickers Pic: Courtesy of Perry Taylor

Crit’Air certificates, which indicate the level of air pollution a vehicle produces, are becoming increasingly necessary for drivers in urban areas.

A growing number of towns and cities have low-emission zones which will eventually allow access only to low polluting vehicles. The older the car, the less likely it will be allowed into built-up areas.

This relates to air pollution, which the government says causes 48,000 premature deaths a year, and where traffic is a major contributor via fine particles and nitrogen oxide from exhausts.

What are Crit’Air certificates?

Crit’Air certificates are round stickers stuck on the lower right-hand side of the windscreen (or on the fork below the handlebars on a motorbike).

There are seven categories, from 0, for 100% electric and hydrogen cars, followed by 1 to 5, with a different colour for each. Vehicles made before December 31, 1996, are deemed the worst polluters and are non-classé; not eligible for any sticker.

All types of vehicle are included. However, classic cars, which are by definition at least 30 years old (and with the carte grise ‘véhicule de collection’) are exempt. Eventually, only vehicles classified zero (with a green sticker), 1, 2 and in some cases 3 will be allowed into low emission zones.

A simulator can help you find your category. It asks for type, fuel and Euro emissions norm (on carte grises issued after March 15, 2009) or registration date.

Crit’Air stickers for French and overseas-registered vehicles can be applied for online at certificat-air.gouv.fr for €3.11, plus postage, which for France brings the price to €3.67, or for posting overseas €4.51.

In areas concerned, they are needed by all vehicles, whether local, from other parts of France or abroad. The website includes an English-language option (click the Union flag).

Avoid buying your stickers from any other sites. There have been reports of unofficial sites selling stickers for anything up to €60, for a ‘fast service’. We advise using the official site and allowing around 10 days for delivery.

A recent climate law says all towns with more than 150,000 inhabitants will have to introduce ZFEs by the end of 2024.

At present, four urban areas are concerned, seven are in the process of introducing such zones, and the new law will add a further 33. The first four were in Lyon, Grenoble, Ville de Paris and Métropole du Grand Paris. Restrictions are being introduced gradually. Since June, in Paris, which has gone the furthest, all un-classified, level 4 and 5 vehicles are banned from the greater Paris area between 8:00 and 20:00 every day for buses, coaches and heavy goods vehicles, and Monday to Friday 8:00-20:00 for private cars, light goods vans and motorbikes.

Paris’s restrictions mean no access for diesel vehicles registered before 2006, petrol vehicles before 1997, and motorbikes before July 2004.

In Paris, you can be fined after being spotted on CCTV and studies are going on into whether automatic cameras could be used. You risk a €68 fine (€45 for fast payment, €180 if you pay late) for not having a sticker or entering ZFEs with unauthorised vehicles. The fine is €135 for HGVs. In Grenoble and Lyon, restrictions concern only HGVs and vans.

Seven more ZFEs are being introduced, in Rouen and Toulouse, which have begun restrictions on lorries; Strasbourg and Marseille, which plan to start in 2022; and Toulon, Nice and Montpellier, which have not yet published dates.

Each local authority can draw up its own regulations, maps and timetables for access to low-emission zones, using the Crit’Air certificates as a base.

Crit’Air certificates are also obligatory in some urban areas with restrictions during periods of high pollution levels, when only low-polluting cars will be allowed in.

Nancy has also said it will join in.

What is more, any prefect in any department can impose short-term restrictions if there is a need. This means Crit’Air certificates are more and more likely to be needed.

Critics complain the measures penalise those who cannot afford a new car, especially high-priced electric ones.

The association 40 millions d’Automobilistes calls ZFEs Zones à Fortes Exclusions, and claims half the population will be unable to drive in towns.

The Fédération Nationale de l’Automobile, made up of car professionals, wants the government to be more flexible, saying the increase in ZFEs will affect too many cars.

Motorbike riders say they should not be included

The Fédération Française des Motards en Colère claim they produce a tiny percentage of air pollution and contribute to decongestion of towns, and it is impossible for many owners of older motorbikes to replace them with a new one, leading to social discrimination.

The government says it will introduce an interest-free loan to help households with low incomes living in a ZFE to change their vehicle from 2023.

It says there are already grants to help buy less-polluting vehicles.

RAFA charity helps members with health pass pointers and Covid calls
23 October 2021
More from Transport
More from Connexion
Get news, views and information from France
Join the newsletter
Subscribe to The Connexion