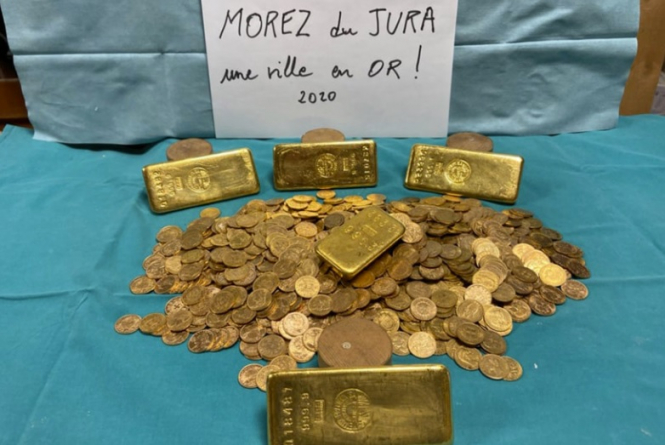 A "treasure" of old gold bars and coins worth an estimated €650,000 has been discovered in an old house in eastern France, with the precious metal thought to have belonged to a line of rich merchants.

The gold bars and golden coins were the second discovery made at the house by the Mairie of Morez, part of the larger commune of Hauts-de-Bienne, in Jura (Bourgogne-Franche-Comté), in a property known locally as Maison Jobez.

The property had previously belonged to a line of rich merchants whose last two descendants had no children. The person who then inherited the unoccupied property sold it to the mairie for €130,000, as it was said to be "full of junk" and they preferred not to deal with it.

The mairie was clearing out the house as part of an urban renewal campaign when it made the golden discoveries.

The mairie is now likely to use this unexpected money to reinvest back into the town’s development.