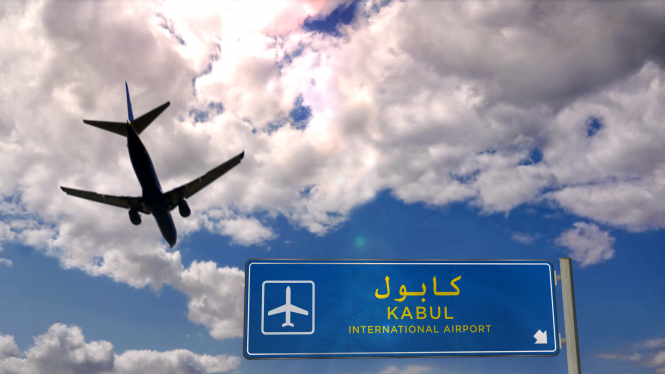 An estimated 100,000 people have been evacuated from Afghanistan so far Pic: Skorzewiak / Shutterstock

An Afghan evacuee who arrived in France last weekend has been given a 10-month suspended prison sentence after breaking the rules of his police surveillance.

The man travelled to France with a group of five associates, one of whom has since admitted being a member of the Taliban.

The group were placed under police surveillance, which the individual broke by travelling into Paris from nearby suburb Noisy-le-Grand, where a group of evacuees are being housed in a hotel.

He also broke quarantine rules by leaving the hotel.

The man was sentenced yesterday evening (August 25) with the prosecution arguing he should have been given a 12-month sentence with six in prison.

The accused, who was himself a prosecutor in Afghanistan, said he understood he was under police surveillance but denied all links to the Taliban.

He said he left the hotel because he wanted to buy medicine and went to do so with another hotel guest who told him they were not going more than five minutes away.

The other guest told the court that the accused said he wanted to buy SIM cards.

An estimated 100,000 people have been evacuated in total but fears are growing that many more who wish to leave Afghanistan will get left behind as the August 31 deadline for withdrawals approaches.

Germany has evacuated people of 45 different nationalities, half of whom are women. But Minister for Foreign Affairs Heiko Maas said earlier this week, “we will not have time to evacuate everybody”.

In a press conference yesterday US Army Major General Hank Taylor said “10,000 people are currently waiting to leave at the airport”.