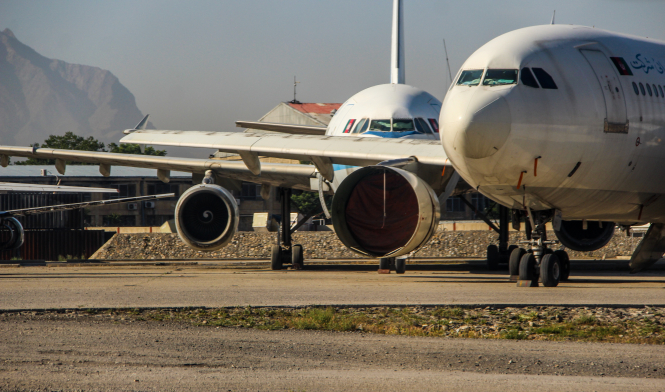 The man broke one of the conditions of his surveillance, which was to not leave Seine-Saint-Denis, under the Micas (mesure individuelle de contrôle administratif et de surveillance) programme introduced as part of French anti-terrorist laws.

He was arrested in Paris on Monday night after leaving Noisy-le-Grand, in the Seine-Saint-Denis department. He now risks a €45,000 fine and three years in prison.

Of the five evacuees placed under surveillance, one man, aged 26, is known to have strong links to the Taliban.

A statement from police said the man had “admitted his membership in the armed fundamentalist movement… and acknowledged that he had carried weapons in the days leading to August 18 in his role as a manager of a Taliban check-point in Kabul.”

The other four (one of whom is now in police custody) include two of his brothers and are not known to have direct links to the Taliban.

Questions have since been raised over why the men were evacuated to France.

Interior Minister Gérald Darmanin said the man had provided aid to the French authorities including “a large effort to help evacuate the French Embassy” as the Taliban overtook the Afghan capital.

French authorities consequently allowed the man and his four associates to board an evacuation plane to protect him from potential reprisals.

However, the minister added that French troops were operating under “extreme difficulty to carry out security investigations into people being repatriated”.

A police source told Le Monde: “That is the problem with the current situation: the chaotic circumstances have made checks difficult, if not impossible.

“The evacuation was an emergency procedure, and the selection process may have been ineffective.”

The group’s flight left Kabul on Saturday, August 18, and had a stopover in Abu Dhabi on the way to France, during which other passengers indicated to the authorities that the men had links to the Taliban, Le Monde reported.

Intelligence officers then began background checks “which they were not able to do in Kabul,” Mr Darmanin said.

They found that one individual may have joined the Taliban when they overtook his hometown in the province of Logar and then become a Taliban guard at a barricade near the French Embassy in Kabul.

One theory is that the aid he provided the French Embassy was opportunistic, as he knew it may increase his chances of being evacuated.

On Monday morning the police visited the site in Noisy-le-Grand where around 50 evacuees have been housed since arriving in France, and placed the group of five under surveillance.

Last weekend, 379 people including 12 French citizens and 363 Afghans were evacuated to France from Afghanistan.

Macron says Europe must ‘protect itself’ from wave of Afghan migrants