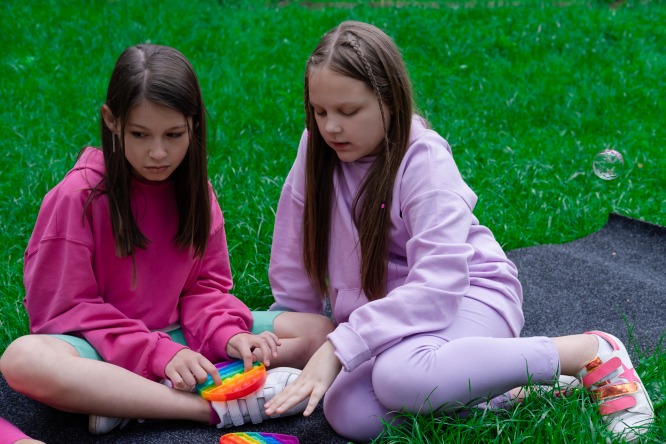 Children in France born in 2010 (10-11-year-olds) are reportedly being targeted by bullies after an online cyberbullying campaign with the hashtag #anti2010 has made its way into schools.

Since first appearing on social networks several weeks ago, BFMTV reports that #anti2010 has received some 40 million hits.

One of the most popular social networks among the younger generation is TikTok, which includes posts with the hashtag ranging from mocking to threatening.

The campaign draws on various cultural references associated with 11-year-olds, including the silicone bubble wrap fidget toy ‘Pop it’ and the video game Fortnite.

Older children are said to be using it as an excuse to make fun of those just starting secondary school.

Concerned parents have been posting on Twitter trying to find out why their children do not want to go to school.

“My daughter didn’t want to go to school on Monday because she said that children born in 2010 would be the target of insults,” wrote one.

Even those who do not use social media seem to be well aware of what is going on around them with insults like "sale 2010" (“dirty 2010”) said to be flying around at school.

Jules said children born in 2010 were being called names who go to school in the Paris area.

“My best friend told me he even saw one of them get beaten up in town,” he told BFMTV.

While Pop-it was all the rage in primary school, it seems to have completely disappeared in secondary school.

Some head teachers have taken the step of writing to parents and organising educational staff to visit classrooms.

“The phenomenon has taken on a whole new dimension since the start of the school year,” said the FCPE, one of the main parent associations in France, in a press release.

Hugo Martinez, president of the Hugo! Association that fights school bullying thinks the issue is still being taken too lightly and is calling on Jean-Michel Blanquer, the Minister of National Education, and Cédric O, the Junior Minister for Digital Transition and Electronic Communications, to take up the issue.

"We must involve social networks as well. We can't let hatred spill out freely on the internet," he told BFMTV.

What to do if your child is being bullied in France

The HUGO Association has this advice for dealing with cyberbullying and bullying at school:

Families tell of problems when child is being bullied