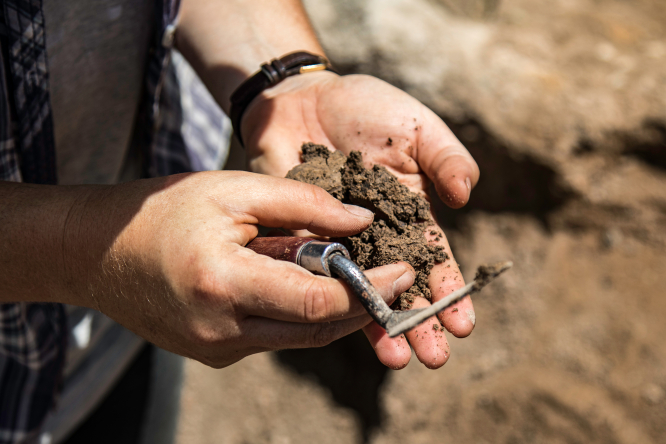 The findings are in unusually good condition due to high humidity levels in the soil Pic: Zichrini / Shutterstock

A medieval port has been discovered in a 2,500m2 building site and archaeological dig surrounding a chateau in Vendée, western France.

Among the discoveries are a large number of oak beams that are extremely well preserved thanks to the levels of underground humidity in Talmont-Saint-Hilaire, where the dig has been taking place.

Specialist in wood structures Pierre Péfou told FranceInfo that the discoveries were in such good condition that the team would “be able to identify a very precise date and recreate all of the forest countryside [of the time]”.

He said that visible rings in cross sections of wood could be used to find out “if it was a tree that grew slowly or quickly, and how the environment impacted its growth, including human activity. [We can tell] if it was pruned or if it was a shoot that grew from a tree stump”.

Archaeologists have already been able to identify a river bank and a gutter on the site.

As the Atlantic coastline is only a few kilometres away from the site, an initial hypothesis is that boats and ships could have transported merchandise and people to the chateau from England or even Spain, between the 10th and 16th centuries.

Archaeologist Stéphane Augry said: “We can see clearly that the stones that were brought here to build the chateau come from four kilometres away, and transporting them here by boat would have been much easier.

“It’s cost effective and means you can transport large quantities of material at once.”

Other findings include artefacts that indicate there was a strong wine trade in the area, including remnants of grape must (freshly crushed grape juice including the skin, seeds and stems of the fruit).

A metal pilgrims medal has also been discovered, indicating a fishing trade and economic exchange.

The main artefacts have been collected and transported away from the site to be studied by researchers at l’Institut national de recherches archéologiques préventives.

City portrait of Nantes: Past is fused with present and machines rule