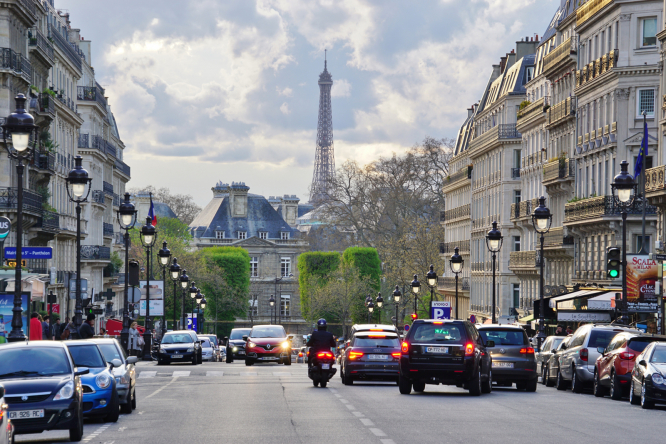 The Bièvre runs for 36km from its source in Guyancourt, Yvelines, south west of Paris, flowing under the 13th and 5th (pictures) ‘arrondissements’ into the Latin Quarter Pic: EQRoy / Shutterstock

A secret river under Paris is being opened up in sections to try to cool parts of the city, increase biodiversity and reduce floods in the Seine.

The Bièvre runs for 36km from its source in Guyancourt, Yvelines, south west of Paris, into the Latin Quarter, where it flows into the Seine.

It has been covered for more than 100 years after being used as an open sewer for tanners, butchers’ shops and dyeworks once found along its length.

It had become so “smelly, foul and polluted” that conditions improved immediately it was covered over.

Now it flows under the 13th and 5th arrondissements but parts have already been opened up – in 2003 at Fresnes, and in 2017 at l’Haÿ-les-Roses – while other sections are being worked on at Arcueil and Gentilly.

Green councillors want the river opened up to ease the “urban heat island” effect where Paris is warmer than the countryside around it as roads and buildings absorb heat from the sun. They look to Lisbon, where the city centre Tagus river cuts temperatures by 6-7C for several hundred metres on each side.

The Bièvre forms a rainwater system but has also been used for waste water and sewerage. At the turn of the century councils started cutting off waste water outlets, hoping that, once stopped up, storm water would flow directly into the Seine, bypassing treatment plants.

Opening up the river is not cheap: the 300m stretch in the Parc des Prés in Fresnes cost €520,000, while the 650m at Haÿ cost €9.2million because it is a densely urbanised area.

Much of the restoration is taking place in parks, where it is still possible to trace the original route of the river.

Councillors say the moves will help cool the city and create an oasis for birds, vegetation and wild animals.

Where full restoration is not possible, markers of the subterranean river may be installed.