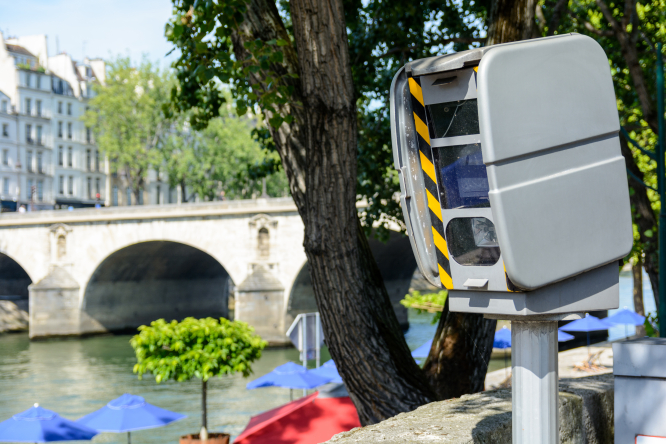 With the speed limit dropped to 30km/h in Paris, drivers need to be more vigilant Pic: olrat / Shutterstock

Runners in Paris have been caught on camera breaking the speed limit for driving in the city, which was lowered from 50km/h at the end of August.

A promotional campaign for a specialist running shop in the Marais shows athletes captured on camera exceeding 30km/h while running at night.

Of course, not everyone is capable of running 30km/h, which is why the shop DISTANCE enlisted the help of professional athletes such as Léna Kandissounon (800m) and Quentin Malriq (1,500m).

In Paris, Ms Kandissounon was captured on camera at 36km/h, while Mr Malriq clocked up 38km/h in images circulated on social media.

To put that in context, Encyclopaedia Britannica says the top speed of the world’s fastest human, Usain Bolt, is 43.99km/h.

Over the weekend, DISTANCE also encouraged keen runners to come down to the concept store on Rue des Filles du Calvaire to test out their makeshift speed trap.

August 30 saw the speed limit lowered to 30km/h for most of Paris in a bid to improve road safety and reduce noise.

One week in and some road users are yet to be convinced of its benefits; "Pedestrians will be going faster than cars!" one motorist complained to Le Figaro.

Among the knock-on effects, taxi drivers are worried about losing customers due to trips taking longer and couriers are concerned about their ability to make urgent deliveries.

It could also be necessary to move driving lessons away from the city centre in order to teach skills like overtaking.