Attestation d’accueil for UK visitors to France: Is it needed or not? 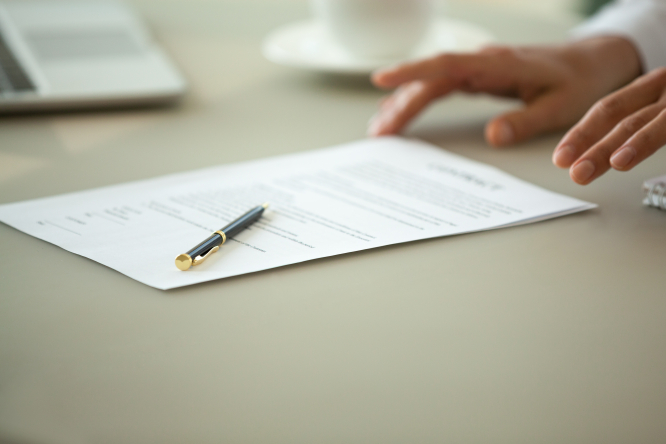 British visitors, as non-EU citizens, may in theory be asked for special paperwork when visiting friends and family in France Pic: Fizkes / Shutterstock

Since Brexit, British visitors as non-EU citizens may in theory be asked for a document called an attestation d’accueil if they are entering France to stay with family or friends

In reality, however, readers report that their guests were not asked for it. Furthermore, The Connexion previously received confirmation from the Interior Ministry that it is not always essential, dependent on the visitors’ financial means.

What is the attestation d’accueil?

Several official websites with information aimed at non-EU citizens, though not Britons specifically, refer to the requirement for visitors to have this document.

The document is applied for at the local mairie by the person wishing to host a non-EU citizen visitor, and costs €30. It may or may not be delivered immediately.

Once the document has been obtained, the host should send it to their guest so they may show it at the border, if asked, as proof that they will be hosted by the stated French resident at the stated address for a specified period.

As non-EU citizens, Britons may be asked at the border their reason for visiting France; some readers report having been asked this.

In theory, they can also be asked for various supporting documents, including proof of sufficient means for their stay. We have not so far heard of this requirement being enforced.

Non-EU visitors with a hotel or other paid-for accommodation booking may, in theory, be asked for proof of having €65/day and those with attestations €32.50/day, for each day of their stay, official sites state. Otherwise, in the absence of proof of either of these, the default amount is €120/day.

The lower amount for attestation holders is because the document implies that the host is taking responsibility for looking after them.

Firstly, since Britons can visit France with no accommodation arranged at all, we consider that it would be unlikely that anyone would be barred from entry based on not having an attestation.

However, the French Interior Ministry told The Connexion that in this case the visitor should be prepared to show evidence of having the full €120/day.

The Interior Ministry has also advised that hosts should send their guests an invitation to stay with them at their address for a stated period, so they have a document they could show indicating their accommodation plans.

What have our readers reported in practice?

Overall, Connexion readers say their guests so far have not been asked for this document.

Several have obtained one as a precaution; several others sent an invitation to their guests for the same reason.

However, one visitor says theirs was ‘checked thoroughly’. Advice from local mairies is inconsistent.

Here is some feedback received:

I obtained one for my son who is visiting. He wanted to ensure all his paperwork was in order to avoid delays.

It was very straightforward but you need to provide the usual paperwork including an avis d’impôt, proof of address (EDF), copy of passport and carte de séjour. I handed over €30 in timbres fiscaux (you can buy them at a tabac or online) and I received a telephone call the next day to collect the document.

I sent a copy to my son by snail mail and email.

Is it necessary? Probably not but until I see something from the French government I decided to comply.

My parents applied for one for me from their mairie and posted it to me in the UK. I travelled from Manchester airport to Limoges a couple of weeks ago and it was checked thoroughly.

I paid for two attestations for my family to visit in June; then they had to cancel due to lockdown. They came in August by Eurotunnel, and (in one case) air. No one was interested in anything related to where they were going to stay or how much money they had (I had not bought a second set of documents).

My mother-in-law was not asked for this.

One friend went through a terrible rigmarole to obtain one of these, another had an easy experience. In both cases, their visitors were not asked for them.

We obtained one for our son’s visit. It was easy. We posted it to him, but he was not asked to produce it.

The mairie said we should obtain one for my mum’s visit. It was easy and at least she will have peace of mind.

I sent an informal letter to my daughter to use when she came to see us. She was not asked for any evidence of sufficient funds or an address, but offered the letter anyway. The official just said, in English, ‘how nice, you’re going to see Maman and Papa’.

We decided to send a formal invitation with an address. Our guests are able to show funds.

We tried but our mairie knew nothing about it. Our guests came and went without issues.

Our mairie said it was better to do it, so I got one for my mum’s visit. I wanted less stress for her in case she is asked.

I sent a written invitation to my friends, but they were not asked for it.

What accommodation proof do second-home owners need to bring to enter France?