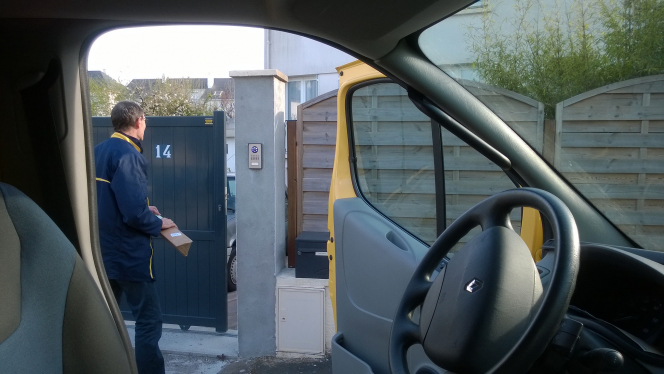 There is confusion around the rules and costs for receiving deliveries from the UK following full Brexit – can you clarify?

It is not surprising there is some confusion as the formalities and costs will vary depending on the nature of the item and how it is being transported and by whom.

The simplest situation is when you are receiving an inexpensive item sent from from friends or family, whereas complications may arise notably if buying costly items commercially and/or if they contain any restricted elements such as foods with meat or dairy products, or plants.

We will recap the rules depending on the kind of delivery.

Gifts sent by friends and family

Readers report receiving small parcels from family without issues, however as we explained in a previous article, there are nonetheless a few new rules: The sender will have to fill out customs forms for the post office, indicating the nature and value of the goods and stating they are a gift; and French VAT and in some cases import tax (droits de douane) may be payable if the item is worth more than €45. In the latter case you will probably be asked to pay on receiving the item.

Read more: Receiving a gift sent from UK to France

Any plants, or meat or dairy-based products have to be sent accompanied by special certificates proving they are free of disease and pests. This has caused problems for some specialists in supplying UK food to or on the continent, such as Geoffreys of London in Antibes and The British Corner Shop.

The latter firm has historically sent its foods to France with DHL or DPD but told The Connexion today it is seeking an alternative transporter as these have refused to deliver its foods to the EU this year on grounds of complications with health certificates. A spokesman for The British Corner Shop said they do have the certificates but that delivery firms seem to be applying an across-the-board policy.

Once deliveries resume the spokesman said they aim not to have to raise prices significantly compared to what customers in France paid before, and intend that there will be nothing to pay on receipt; they will aim to factor in any new costs in the purchase price.

Read more: Can I bring plants from UK to France?

What you can and cannot bring to France from the UK

Deliveries from a British firm

When you purchase goods from a UK firm transporters will now face extra formalities at customs now the UK is a non-EU country; as a result some may charge a fee for this, known in French as frais de douanes (customs ‘expenses’).

These extra fees may be factored into the original purchase price or in other cases the transporter will ask you for a payment on delivery.

For example Marks & Spencer states that the latter is now the case when buying items on its French website that are shipped from the UK. Amazon.co.uk however says it factors in an ‘import fees deposit’ and refunds the difference if the actual cost billed to it by the transporter is less.

Droits de douanes – are a different matter. These are customs import duties, at variable rates depending on the category of goods (from 0-22%).

According to the Brexit deal these are not chargeable where something was made in the UK or EU and there is paperwork proving this; they are however chargeable if, for example, the item was brought to the UK from China then exported to the EU.

Note however that in the case of distance purchases such as on a website, droits de douanes are only payable above a value of €150.

French VAT (TVA) at 20% may however be payable on the total package value (including transport and packaging and any customs duties), although there is an exemption for packages worth less than €22 until July 1, 2022.

For example if you buy trainers worth £270 on amazon.co.uk and they were made in China, the final cost will include an additional 16.9% customs duty and 20% French VAT.

Usually a UK firm exporting to France should not now be levying UK VAT on the sale. However there are two options for the French import VAT: Either the firm can levy French VAT and collect it for the French authorities (factoring it into the price the purchaser pays) or it can sell the item net (VAT-free).

In the latter case you will have to pay any VAT on receiving the goods.

The European Consumer Centre states that large online firms selling to the public in the UK will from July 1, 2021 be asked to collect the French VAT for sales worth less than €150.

Note that if you are bringing personal items over with you in person, in your car or luggage for example, different rules apply, especially in the case of moving home (see article below on customs declarations).

Customs declarations needed to bring many items into France

New rules for importing a UK car to France

3 hours ago
3
French farmhouse renovation: DIY tricks to get rid of rats