Brexit: What you can (and cannot) bring into France from UK 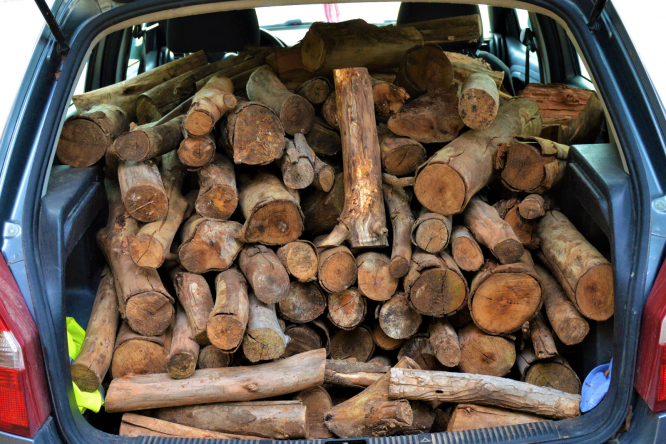 Fuel wood and logs cannot be brought in by individuals coming from the UK Pic: gil satati / Shutterstock

Several readers have asked us to clarify the post full-Brexit rules on what can be brought into France from the UK, particularly with regard to food and drink.

It comes after the British media ran articles in recent days about British lorry drivers having ham sandwiches confiscated by Dutch border guards.

One reader wondered how far this extends, as one official was quoted as mentioning not only meat and dairy but also other items such as fruit and vegetables.

“It all seems confusing and unnecessary,” the reader said.

The issue stems from EU rules on importation of food into the EU from third countries (ie. those outside the EU/EEA/Switzerland) which have applied to imports from other countries for some time. They now apply to travellers from the UK due to Brexit.

The rules relate to bringing in meat and dairy products, so as to avoid introducing any animal diseases from abroad. They also relate to plants and plant products.

On meat and dairy products in particular the EU toughened these rules following the 2001 foot and mouth epidemic after it was found that germs causing diseases such as this, or swine fever, can be carried in meat and milk.

The rules on plants were strengthened at the end of 2019 in a bid in particular to avoid plant pests entering the EU.

The latter are to verify that plant products are free from pests and diseases and in line with EU plant health requirements.

This means in practice that it is not usually possible to have such products in hand or hold luggage on coming into France from the UK or even to post them over in packages.

In spring 2019 an EU Commission spokeswoman confirmed to The Connexion that the meat and dairy rules were likely to apply to the UK after Brexit. At the time it was in the context of a possible no-deal scenario, however the UK’s agreed future relationship with the EU is not so close as to allow exemption from these rules.

She said at the time: “This is because the EU has the highest food safety standards in the world and free circulation of animals and food is only possible due to a stringent system of shared controls.

“When the UK leaves the EU, it will need to adapt to a new reality where the UK is no longer part of the invisible, but crucial, systems that make living in the EU so easy.”

The rules in detail include the following points:

What can you bring in?

With regard to dairy, for example, you can bring in processed products with only a moderate amount of dairy in them, such as milk chocolate.

As for the rules on plants and plant products, they essentially refer to fresh plants, vegetables and fruits etc, so you can bring in for example rolled porridge oats (but not whole oat seed suitable for planting), you can bring in teabags, but not fresh whole, unfermented tea leaves, and roasted coffee beans are acceptable.

You can also bring in items containing products of plant origin but processed, crushed, powdered, cooked etc... so that would inlude eg. biscuits and baked beans (however it may be safer to put the latter in hold luggage however, in case considered too 'liquid' for cabin rules).

Food from UK banned from luggage in no-deal Brexit

Caps on taking alcohol across the border

5 hours ago
3
Visitor visa for France: How do we prove we own our second home?