Brexit and France: Recap of key dates and issues in October and beyond 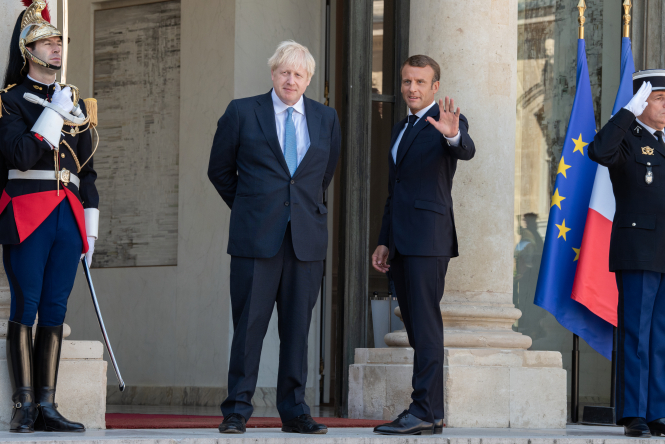 To help you keep track of your responsibilities and the twists and turns of Brexit, here are key dates in the coming weeks and months.

Today, October 1, was to have been the date when the online portal for Brexit residency cards would close with the final applications on the site having been required by last night – but this has now changed to October 4.

Today is also the day from which anyone travelling to the UK from France must now have a passport, and EU identity cards are no longer valid for this.

October 3: This is therefore now announced to be the final date for applications for Brexit Withdrawal Agreement residency cards via the dedicated website, ‘for those who were not able to submit applications before the original deadline’ of June 30.

Read more: Britons have until Sunday to apply for cards online

October 4: From this date Britons who need a WA residency card to remain in France but have not yet applied can now only apply on paper by contacting their prefecture and providing ‘valid reasons’ for why they are late, such as health problems or cases of force majeure (situations out of their control).

This will also apply (without the need for ‘reasons’) for young people who reach the age of 18 and who must apply in their 18th year, or for family members of WA Britons who are only now joining them in France and should apply within three months of coming to France.

October 1: Border checks on foods of animal origin coming into the UK from the EU were set to start, meaning more costs and paperwork for French exporters of products such as cheese and charcuterie (they began in the other direction on January 1, 2021).

These will now be phased in from January 1, 2022 with a ‘pre-notification’ requirement of the goods, and with full animal and plant health certificates and checks only from July 2022. Safety and security declarations on imports will now be required from July 2022 instead of January 2022.

October 15: Any Briton who is still applying for a WA residency card and wanting help from the UK Nationals’ Support Fund bodies funded by the UK government to help Britons with applications is asked to do so before this date as the organisations will not take on new cases after this.

October 29: Trouble is brewing again over post-Brexit fishing rights around Jersey’s waters, with some 75 French vessels having been told by Jersey authorities they must stop fishing there from this date as they did not give enough evidence of their historic local fishing activities.

Another 31 boats have been given temporary licences until the end of January 2022 and are being asked to give more paperwork, while 64 deemed to have produced the right evidence now have full licences on top of a previous 47. The French government this week said the level of refusals is totally unacceptable.

October 31: The British in Europe campaign organisation will not take on any new issues from this date in view of winding down by the end of the year due to funding problems.

Its French arm France Rights will also wind down from October, the group announced.

Coming up next year:

A French decree says WA Britons in France are not guaranteed to have residency, work or social security rights after this without holding one… however its article 27 also says an applicant maintains their rights until a ‘final decision’ is made by their prefecture on their application or until any legal appeal is over.

March 29, 2022: A grace period ends, after which British citizens returning to the UK from living in the EU, will need to meet a means test to bring over EU-nationality family members, including French spouses, to live with them