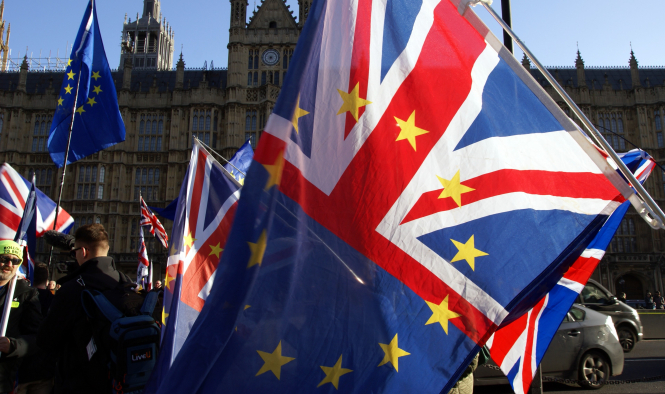 Due to Brexit, Britons will be obliged to hold residency cards to live in France legally
By Liv Rowland

The announcement has been placed on the French government’s Brexit website Brexit.gouv.fr

The reason given is the Covid-19 pandemic.

It comes as campaign groups for Britons in France, bodies accredited by the UK government to help Britons obtain the new cards and the British Ambassador and Embassy in Paris have all been expecting long-standing plans for a July opening to be maintained.

It means Britons will have three months less than planned to apply for and obtain the cards, which will be obligatory after June 30, 2021, six months after the Brexit transition period (as a minimum Britons will have had to have applied for a card and obtained a récépissé acknowledgement by that point).

The cards are also expected to be valuable to hold from January 2021 as proof of residency, for example when British residents come home to France from a trip away, and so as not to be taken for a visitor with only the right to stay 90 days in every 180 (without one you may need other proof such as an attestation of domicile signed by your mairie, though a récépissé of having applied is also expected to be acceptable).

The optional residency cards that a small percentage of Britons in France obtained as EU citizens will not be considered valid residency documents after the transition period ends, though they will help Britons in obtaining the new Brexit Withdrawal Agreement cards.

All applications for the new cards will have to be made via the site.

On going to press with July’s edition of The Connexion an opening in July, probably early in the month, was still the expectation, with British Ambassador to France Ed Llewellyn writing in his column: “This month, we are expecting an online system to go live that will allow you to apply for the new residence permit linked to the [Brexit] Withdrawal Agreeement, and for the French authorities to explain exactly how applications will be assessed."

The Franco-British Network in the Dordogne, one of the accredited assistance bodies, told us last week it was preparing to open a new telephone helpline for cards help from July 1.

The vice chairman of the British Community Committee of France, which represents British associations, however told Connexion he was anxious for confirmation of the exact opening date.

In late April, about three weeks before the first stage of deconfinement, a source in the Interior Ministry’s residency section had told Connexion they hoped to maintain the time-timetable for the July opening despite the Covid-19 crisis and reduced civil service staff though that could change if the confinement was significantly extended. The ministry was finalising the documents that would be required for applications, she said.

In late May a British Embassy spokeswoman told Connexion they were working with French mayors to publicise the procedures to isolated Britons and were preparing a booklet of guidance to circulate. She said the French ministry had told them they were sure the website would go online in July.

Meanwhile the co-chair of the British in Europe coalition Fiona Godfrey told us: “We understand that the timetable for implementation of the withdrawal agreement is on track in France. The biggest concern will be the sheer numbers who will have to apply and whether there will be enough time.”

When Connexion checked with the ministry on Thursday they said we would be updated in due course when there was any information available about the new website and its opening date.

Related articles (from July and June editions of The Connexion, subscribers/paywall):

How to prove residency in France