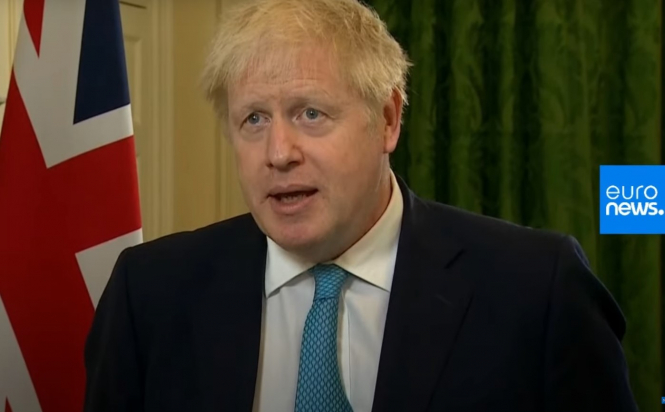 He said the UK would prepare to trade on World Trade Organisation terms next year with a no trade deal. However asked later to clarify if he was definitely walking away from the negotiations, he said he was unless the EU comes to the UK with a "fundamental change of approach" – which appears unlikely to happen.

It came after yesterday, following the first day of European Council talks, the EU’s leaders told the UK that “it is now up to the UK to make the necessary moves to make an agreement possible”  and that there had been insufficient progress on key areas for a deal.

Mr Johnson said “now is the time for our businesses, hauliers and travellers to get ready”, however he remained willing to do mini-deals on areas where he said progress had been made, including on social security coordination, aviation, road haulage and nuclear cooperation.

Social security coordination could include such areas as continuing the Ehic mutual health cover for travellers, or ensuring that state pensions of future expatriates are uprated if they move from January 1, 2021.

However the EU had wished this to be part of a comprehensive deal, including trade, police and judicial cooperation, financial services etc.

Mr Johnson said: “For whatever reason, it's clear from the summit that after 45 years of membership they are not willing, unless there is some fundamental change of approach, to offer this country the same terms as Canada.

“So with high hearts and complete confidence we will prepare to embrace he alternative, and we will prosper mightily as an independent free trading nation, controlling our own borders, fisheries and setting our own laws.

“In the meantime the government will focus on tackling Covid and building back better, so 2021 is a year of recovery and renewal.”

Asked for further clarifications, he said he would invite the EU to “come to us if there is some fundamental change of approach” but otherwise "we're going to go for the Australia solution” (Australia does not have a trade deal with the EU).

“In some places things have moved well, in other places there is still a lot of work to be done,” Merkel said. “We have asked the United Kingdom to remain open to compromise, so that an agreement can be reached. This of course means that we, too, will need to make compromises,” she said.

Speaking after the first day of the European Council summit, the EU’s negotiator Michel Barnier had indicated willingness to pursue “intensive” talks in London next week and Brussels the week after.

No deal now likely says French minister - what would it mean for Britons in France?

What would Australia deal mean for Britons in France?