'We must ensure Britons can stay in France' - minister 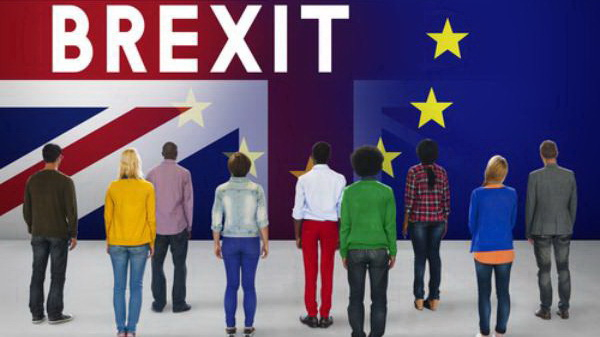 The comment came in an interview with Le Figaro, just before she presented a new Brexit 'no deal' law to the Council of Ministers (see our translation below).

The minister, Nathalie Loiseau, said that in a no-deal scenario Britons would lack any legal residency status after Brexit, but she added: “Our will is to treat them well, with, of course, a concern for reciprocity to the benefit of our citizens living in the UK. The British government has made assurances to us, promising a favourable status to EU citizens.”

However she also said today that a no-deal would be better than a bad deal which would harm European businesses’ competitiveness.

The new law presented to the Council of Ministers (French cabinet) asks for the government to have special powers to make laws in the case of having to cope with a no-deal Brexit (as previously announced by the Prime Minister).

The draft law, expected to be debated by the Senate next month then the National Assembly in December, reiterates an intention to consider how the UK treats French expatriates when it comes to dealing with the rights of British people living in France before Brexit.

It also says that France will look to take measures that will help their own citizens in the UK, such as recognising time they spent paying into a UK state pension when calculating their overall pension rights, or recognising qualifications they obtained in the UK.

Whether or not there is a deal, after Brexit Britons in France are expected cartes de séjour to prove they are living legally and stably in France, either by applying now for one as a European citizen or applying later for a different kind of card. Our helpguide to Brexit and Britons in France has information on applying for them as well as other in-depth information on Brexit, the negotiations and and possible consequences for the expatriate community.

An account of the meeting of the Council of Minsiters is here, and we have translated it, as follows:

The Minister for Europe and Foreign Affairs and the Minister responsible for European Affairs, have introduced a bill empowering the government to take measures by ordonnance to prepare for the United Kingdom's withdrawal from the European Union [using ordonnances means the government can make orders on a topic without a debate in parliament, and later on they must be agreed by parliament retrospectively, or they lapse].

Negotiation of an agreement organising the modalities for an orderly withdrawal of the United Kingdom from the European Union is currently under way. In accordance with Article 50 of the Treaty on European Union, this withdrawal must in principle take place at the end of two years from the notification by the United Kingdom of its intention to withdraw from the Union, i.e. on 30 March 2019. In order to allow time for ratification of the agreement, negotiations are expected to be completed in the autumn of 2018.

The conclusion of such an agreement remains the primary objective of the government, as well as that of the other member states and the European Union as a whole.

However, the possibility of a failure of negotiations between the European Union and the United Kingdom or a failure of ratification by one of the two parties cannot be ruled out.

That is why the European Council of 29 June  reiterated its invitation to the member states, the Union's institutions and all stakeholders to intensify their work to prepare for all eventualities.

In this context, the draft law aims to provide the government with the means for this preparation, empowering it, where necessary, to adopt by ordinance measures which, within the competence of the member states, fall within the scope of the law.

These measures may first concern British natural and legal persons [people and companies] who, on the day of withdrawal, are subject to French law, in particular as regards the right of entry and residence, employment, the exercise of work subject to compliance with conditions, public service [eg. British people working as fonctionnaires such as schoolteachers], or social security rights and benefits.

The measures that the government will take by ordinance may also be directly aimed at protecting the interests of French nationals, for example by ensuring that, on their possible return to France, periods of insurance [ie. paying into a UK pension] and employment in the United Kingdom, or diplomas and professional qualifications acquired or in the process of being acquired in the United Kingdom are taken into account.

Finally, in order to prepare as well as possible for the possible restoration of border controls with the United Kingdom, these measures could make it possible to speed up the development of port and railway premises, installations or infrastructure, airports and roads.

The content of the measures that will ultimately be adopted by the government will depend on the outcome of the ongoing negotiations; in particular, the Government may abandon the adoption of such measures if the appropriate conditions are not in place.

Moreover, these measures are not intended to replace the contingency measures which will be taken by the European Union and cannot, in any case, intervene in an area of European Union competence. Their adoption will be the subject of close consultation with the European Commission, in full respect of the principle of loyal cooperation resulting from Article 4(3) of the Treaty on European Union, as well as coordination with the other member states of the Union.

Even in the event of a withdrawal agreement being concluded, the draft law also provides that the government may take measures to implement this withdrawal agreement, in particular for the adjustments that would be required to restore controls on goods and passengers to or from the United Kingdom at the end of the possible transition period.

Finally, it is expected that a ratification bill will be tabled in Parliament within six months of the publication of the ordinances.