Britons can visit France again: What are the rules post Brexit? 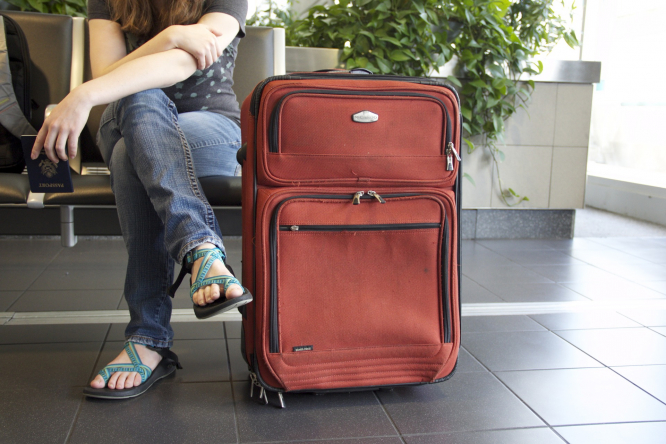 Pic: Image by katyveldhorst via Pixabay

Today is the first day that UK residents may legally return to France for holidays or to visit second homes.

The ‘Stay in the UK’ regulation which banned holiday travel earlier this year has now been lifted; this previously made it illegal to travel outside the UK without a specified urgent or essential reason for doing so.

As expected, the foreign office’s France travel advice has been updated to remove the mention of travel to France for leisure visits being ‘illegal’.

Even so, the foreign office continues to advise against travel to France, due to the UK’s assessment of the country’s Covid risks.

One impact of this is that many, but not all, travel insurance policies are invalidated; even so other protections remain such as the right to use a Ghic/Ehic for necessary healthcare costs during the trip, and EU and UK rules on refunds and compensation for delays and cancellations by travel companies.

This advice is linked to the fact that France is currently classed as ‘amber’ in the UK’s traffic light travel scheme. The next review is in two weeks.

This impacts the UK’s requirements on testing and self-isolation when you return.

In particular it means that people coming back from France will be asked to undertake a minimum 10-day self-isolation period on return and to take two PCR Covid tests on day two and day eight (though there is a possibility of leaving isolation early if you pay for an additional ‘test to release’ test on day five).

The UK will also ask that people travelling back from France, and other countries, have a ‘pre-departure test’ in the country, which can be PCR or antigen.

It is also still necessary before entering the UK from abroad to complete a ‘passenger locator form’ in the 48 hours before your arrival in the country, with details of where you will be staying.

PCR tests to be free for tourists visiting France this summer

Everyone coming into France currently needs to present a negative PCR Covid test taken in the 72 hours before departure.

They also need to show a sworn declaration that they do not have Covid symptoms, have not knowingly been in contact with an infected person in the 14 days before the trip, and, for travellers aged 11 or more, that they accept that a further Covid test could be required on arrival.

They must also attest that they agree to respect a voluntary period of self-isolation for seven days and take a PCR Covid test before leaving it.

These rules are expected to evolve next month, especially since the president spoke of welcoming back foreign tourists from June 9. It is also likely that other proofs of health status, such as being vaccinated, will become acceptable for entry as opposed to a test.

The first point to note is the EU’s 90/180-days rule. You must not come to France for more than 90 days in any 180-day rolling period, unless you have a visa. Your passport will be stamped on entry for purposes of checking this when you return to the UK.

Due to the fact the UK is now fully outside the EU there are now also a number of extra documents which can (in theory) be asked for by the French border police as evidence of the nature of your trip and that you are properly prepared for it and do not risk overstaying or becoming a burden on the French state.

These are listed in full on the French visas website here.

We also cover them in detail in this article.

The UK government provides some guidance in English on this point also at this page and via its checker tool.

With regard to the requirement for health insurance, full private travel health insurance is not required, because UK visitors are covered for necessary healthcare during a trip by the Ghic or Ehic card.

There is a grey area however over the element of death and repatriation insurance, as these are not part of Ehic cover but are officially required by France. A travel insurance policy may cover these but bear in mind the point above relating to the ‘amber’ status of France.

The UK’s checker tool and Visiting the EU page do not currently specify an obligation for an additional insurance policy if you have the Ghic/Ehic, however another UK government page recommends travel insurance for all foreign trips and notes that the Ghic/Ehic would not cover you for being ‘flown back’.

Regarding your passport, the official French rule is that you should ensure that as a minimum it still has three months left to run on it as of the intended date of return.

The UK advises making sure it has six months to run on arrival in France – this covers the possibility of a maximum 90-day stay – and has previously warned that any extra time added onto a UK passport due to early renewal last time may not count towards this (this changed in 2018 as part of Brexit preparations and no extra time is now given).

There is also complication over the issue of the attestation d’accueil, which hosts in France should, according to several official French sites, obtain from their mairie and send to a non-EU citizen who wishes to visit them from abroad. This is never needed if you are coming to stay in a hotel or other commercial accommodation (however in theory you could be asked to show proof of the booking).

The British Embassy in Paris told The Connexion they understand that the attestation is required, and pointed us to this official French page on the document. The embassy also stated that second home owners should bring a document proving their address in France.

The Connexion notes that this document is listed in the French Code de l’Entrée et du Séjour des Etrangers en France, the main legal immigration code, however as previously reported, readers have in the past told us that in practice this was not asked for at the French border for visitors from countries such as the US, that are dispensed from short-term Schengen visa formalities for visiting France.

We note that the French code was recently subject to some changes with regard to sections on the attestation, however we have not identified any significant difference other than technical ones such as sections being numbered differently.

Importantly however, the official French Brexit information website brexit.gouv.fr currently does not state this requirement specifically for Britons visiting France post Brexit, but invites people to check Annex 1 of the Schengen Borders Code for supporting documents proving they fulfil entry conditions (scroll down for the first of the 'Frequently asked questions').

The EU's Schengen Borders Code  recommends at article 6 that non-EU foreign visitors should be able to justify the purpose and conditions of their stay and its Annexe 1 states that for private visits proof of this could be an invitation from the host. EU states are however entitled to set their own specific legal rules relating to entry of non-EU foreigners.

A spokesman for Eurotunnel this morning merely said they would recommend having any and all documents that are officially required and directed us to information on its website at this link and here.

If you are coming to France this week from the UK to stay with family or friends could you please let us know if you were asked to provide any extra information or documents other than your passport. Tell us at news@connexionfrance.com