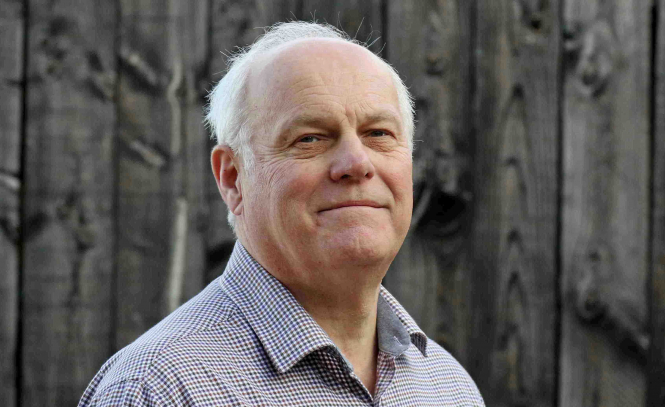 Lifetime voting rights for Britons abroad linked to dedicated overseas constituencies – the model France operates for its expatriates – has become an urgent priority, says the outgoing chairman of the Liberal Democrats in France.

France divides the world into 11 constituencies for its 3.5million citizens overseas. It also has 12 senators and a junior minister responsible for their affairs (currently combined with tourism and la Francophonie).

Lib Dems in France, launched in 2017, has always supported ‘votes for life’ – an issue its UK party named as a priority in the general election and which the present government also promises to introduce “in due course”.

Retired naval officer Paul Fisher, 68, from Aude, said the Lib Dems want to make a new push for it to happen, along with overseas constituencies, with the latter taking centre stage.

“One big event that changed the context was the last general election,” Mr Fisher said.

“The long-standing situation of Parliament being effectively hung changed, and Johnson got an outright majority. Then, in January, the UK left the EU. If you’ve been working in a context of having a chance of staving off Brexit but that has ended, you have to rethink. We decided to go back to basics."

“We have always campaigned for ‘votes for life’ – that is, trying to overturn the 15-year rule [which time-limits UK general election voting rights of Britons overseas] but even if it is abolished it still doesn’t give us direct parliamentary representation."

“So we’ve changed the focus. We now call our campaign ‘UK constituencies abroad’.”

He added: “The key for me is that the Universal Declaration of Human Rights, in article 21, says everyone has the right to take part in the government of his or her country, directly or through freely chosen representatives.

“It comes down to human rights and the question of ‘what is British citizenship?’. As the UK has no written constitution, it’s not laid down. What does the government owe to us, and what do we owe the government?

“Some 40% of Britons in the UK pay no income tax, so you must be careful with the argument sometimes made that voting rights come from paying tax.”

Mr Fisher said Britons overseas should merit multiple dedicated MPs. There are around five million Britons living abroad. An average UK constituency is about 100,000, he said.

“Say, in France there are a quarter of a million Britons, which is a reasonable estimate. If you had a couple of MPs for France, that would be a good win and reasonable.”

A recent report by University of East Anglia researchers about Britons voting abroad said overseas constituencies might be impractical as the UK keeps fewer records than France about where its expatriates live – thus making it hard to work out potential constituency boundaries and numbers of MPs.

Mr Fisher said: “It would be a challenge but I understand that electoral officers in the UK don’t see too much of a problem if legislation created a central database of people abroad.

“For a start, each constituency has an overseas list of those within the 15-year rule, so that is a starting point. Then there could be an online registration, and a publicity campaign.”

He added: “Votes for life has been in the Conservatives’ manifesto for some time, yet they haven’t delivered on it.

“A Tory talked out a bill on it last year, which we understand wasn’t to do with the issue: it was a tactical ploy about business in the House, which was disappointing.”

Asked if lack of support from the other parties makes the overseas constituencies idea unrealistic, he said: “It’s a big hill to climb but – since the Tories so far have obstructed the ‘little ask’ [of just votes for life on its own]– we may as well go for gold.

“If you don’t start talking about it, you don’t change the narrative. We want to put it out there that this would benefit British citizens all over the place and give us a voice.

“At the moment, if you write to your MP – if you can still vote – he or she might have five or six people who live abroad, so why should they be interested?

“And they don’t know much about the issues, which is not their fault.” The Lib Dems are encouraging Britons in France to write to their MPs about the topic, he said. “It’s very effective. If their post bag is really full on an issue, they do pay attention.”

Mr Fisher said, however, that if a bill is introduced without special constituencies, they will still support it.

“If you can get more people voting, that’s a start.”

"We must work out how to articulate what Europe is”

The party’s other recent activities included setting up a “virtual think-tank” – a group of activists in France interested in policy issues, to hold discussions via video-conferencing.

“It will look at fundamental issues like liberty, what it means to be European, globalisation…”
“We will submit our ideas to the party in the UK because we can contribute a slightly different view from one within British politics – one with a European base, to reflect on what we want out of Europe.

“It’s not possible to rejoin the EU just as we were, because the Europeans will have different terms and conditions next time.

“So reflection is needed on that. And we must work out how to articulate what Europe is.”

He said the party in France aims to maintain a dialogue with other European parties with similar views, for example those belonging to Renew Europe in the European Parliament.

“We’re going to need those contacts if, in so many years’ time, we reapply to be EU members again.”

Lib Dems in France was cited as a success in the University of East Anglia study and is the Lib Dems’ only ‘local party’ for a single country overseas. It has 600-plus members and more than 300 “registered supporters”.

The survey also noted a fall in Conservative support in the 2019 election – 6% of those surveyed – with many Britons abroad switching to Labour or Lib Dems. Overseas voter registration is however low at 234,000 in 2019.

The latest in Brexit news