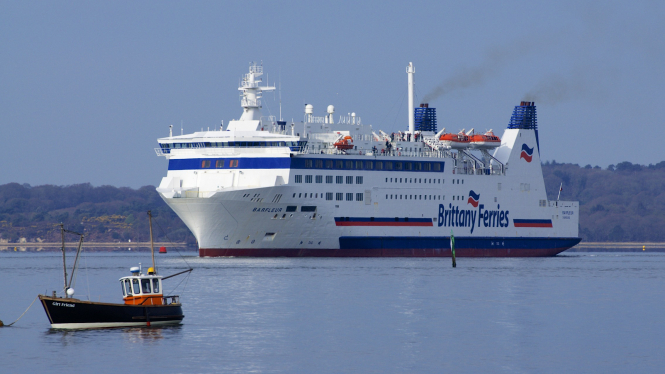 The firm, which relies heavily on tourists, has been repeatedly hit this year first by the confinement measures in both France and the UK and then by the UK’s quarantine requirements on visitors from France.

It has already secured a €117million state-guaranteed loan, however it is now asking for exemption from the employer’s part of the social charges for the five-year period during which it will be repaying it.

Head of communications Nigel Wonnacott said some competitor firms benefit from a similar principle of ‘net wage’ (ie. the company pays the wage, but no additional charges on top).

“Net wage is a principle, already applied in countries like Italy and Denmark, to the benefit of large shipping companies like Grimaldi and DFDS," he said.

“These employ large numbers of sailors from Italy and Denmark. In effect we are seeking a level playing field for Brittany Ferries, as the largest employer of French seafarers.

“If the French government agrees, it would significantly reduce our costs through the next five years, the period in which we must repay the €117m loan.”

He added: “We are urging government at the highest levels and are grateful for the support of key regional politicians.”

The aim is therefore not a new injection of money, but rather to reduce the firm’s costs.

We are seeking clarification from the Transport Ministry.

The latest request for help comes after the firm announced it was suspending one of its France-UK routes as part of cost-cutting measures after bookings for the autumn were hit by the UK's renewed quarantine requirement.

It is unclear as to when this may be lifted, but it is thought that France's rates of new Covid-19 cases remain too high for it to be placed back on the UK's 'travel corridors' list in the short-term.