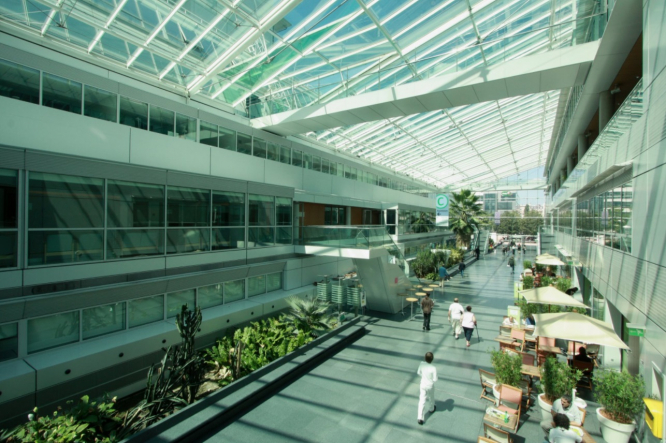 Now known as “the man with three faces”, he received his first facial transplant - including tear ducts and eyelids - in 2010 in Paris. The operation was said to be the first ever full facial transplant.

Yet, a second transplant was required after the first face was rejected by Mr Hamon’s body following a course of antibiotics for a cold, which were revealed to be incompatible with his immunosuppressant drugs.

After three months in hospital without a face - as a donor was sought - Mr Hamon received his second facial graft on January 15 and 16 this year.

He has this week been revealed as recovering well at the Georges-Pompidou European Hospital in Paris. Professor Laurent Lantieri, the surgeon who performed Mr Hamon’s first transplant, led a pioneering team in this second procedure.

The second face came from a 22-year-old donor who died hundreds of miles from Paris. His body was transported by road as quickly as possible, as soon as it became clear that he would be a compatible donor.

Mr Hamon had been receiving three months of blood treatment ahead of the operation, in a bid to reduce the risk of his rejecting a donor face for a second time.

Jerome Hamon is now known as the 'man with 3 faces' after having 2 face transplants pic.twitter.com/raqSgusZ3U

Now, Mr Hamon is able to talk, but his new face is not yet completely aligned with his muscles. This is expected to improve as his skull, skin and features grow together, as the immunosuppressant drugs do their work.

Commenting on the situation, Mr Hamon said: “I feel well. The hardest thing is the length of the hospitalisation with the rituals of taking medicine throughout the days. It’s tiring, and I can’t wait to be free of it.”

He added: “The first transplant I accepted immediately. I thought 'this is my new face' and this time it's the same. If I hadn't accepted this new face it would have been terrible. It's a question of identity... But here we are, it's good, it's me."

France has a history of pioneering facial surgery; in 2005 the late Isabelle Dinoire became the first person in the world to successfully undergo a partial transplant, in Amiens (Somme, ‎Hauts-de-France).

There have now been around 40 such operations around the world.