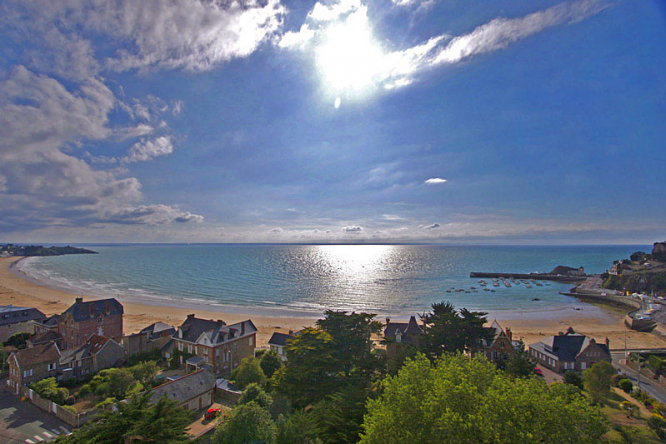 Le Val-André resort in Brittany. The effect of ocean winds is one theory to explain why the region has been the least affected by Covid-19 in France Pic: Jean-Marie Hullot / Flickr

Brittany is the only region in France where the life expectancy of people living there did not drop in 2020, a survey carried out by France’s national statistics institute INSEE has found.

On a national level, life expectancy dropped by 0.3 years for women and 0.6 years for men.

Within Brittany itself, only one department, Finistère, registered a drop in life expectancy, falling by 0.2 years for both men and women.

Brittany has been less affected by the Covid-19 pandemic than the other regions in France.

Today it has the lowest incidence rate of cases - the number of cases per 100,000 people - in the country.

Brittany’s incidence rate is 199, compared to the national average of 337.4

Epidemiologists and experts have said this could be down to several factors working in combination, but there has been no concrete proof to support any of these theories.

They have suggested that the mild and humid climate with the addition of ocean winds could help, or the lack of large cities and generally well dispersed populations or the fact the region is further from major traffic and transit flows.

Another theory suggests it could be down to civism and the discipline of the people living there.

The fact that Covid-19 has been less prevalent in Brittany could explain why it is the region in France where the death rate increased the least between 2019 and 2020.

The table below shows the increase in percentage of deaths between 2019 and 2020 by regions in France.