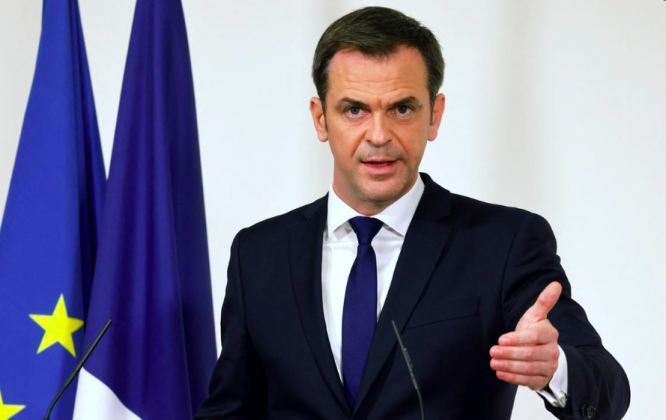 Mr Véran said as Covid rules were introduced in France area by area, they could be lifted in the same way Pic: @LCI / LCI / Twitter

French Health Minister Olivier Véran has said he is in favour of lifting stricter Covid rules in France area by area, dependent on the local health situation.

This could mean, based on current figures, that parts of Brittany and the south-west will be among the first to benefit.

Mr Véran said the current schedule for lifting the rules had not changed, in an interview with Breton newspaper Le Télégramme.

Read more: Terraces and museums to reopen from mid-May across France says Macron

He added: “I’m open to the idea of a territory by territory approach as we lift the rules - as I was when we put them in place.”

The current rules in France have applied nationally since April 3. However they were already in effect before this date in some areas (in the north-west, south-east and Paris) where the virus was circulating at high levels.

Circulation varies from area to area

The health minister said: “When we picture lifting some of the rules, we need to look at the status of the epidemic in each territory, the situation in hospitals and, in a general way, the level of saturation in hospitals throughout France.”

His statement reflects the very mixed picture of the circulation of the virus in different areas of France.

The stricter rules were first introduced in some areas of France because they had an incidence rate which had reached the "alert threshold" of 250 and over (the incidence rate meaning the number of cases per 100,000 inhabitants in the past seven days).

Finistère in Brittany now has the lowest incidence rate in France, at 91. The figure is also low in Pyrénées-Atlantiques, Gers and Landes in the south-west.

Much of the south-west quarter of France has relatively low rates.

By contrast, in Seine-Saint-Denis, Ile-de-France, the incidence rate is 691. Areas with high rates include the whole of the Ile-de-France as well as Oise, Aisne, Nord, Sarthe, Rhône, Loire, Doubs, Vaucluse and Bouches-du-Rhône.

Figures for all departments in France can be found on the Covid Tracker website by scrolling down for the map of taux d'incidence.

Note that the figures in the key to the map colours refer to rates 'up to' the number shown (purple, for the hardest-hit areas, means a figure of more than 400). However your mouse over a department for its name and rate, or click on it for more details.

Mr Véran also called on people in France to “continue efforts” to slow the spread of the virus, even though the national health situation is showing signs of improvement.

He said that “in the past five days there has been a decline in the epidemic”, with daily cases falling from some 40,000 per day to around 33,000.

However, he added: “This decrease is fragile. We still have a very high level of circulation of the epidemic and the fall in numbers is not yet fast or clear enough.

“We must continue our efforts.”