Macron: Terraces and museums to reopen from mid-May across France 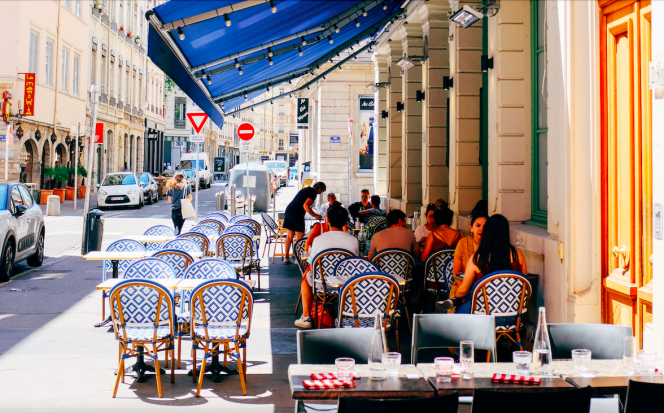 Unions have greeted the news as positive, but say specific dates are needed so businesses can prepare
By Joanna York

President Macron has said terraces and museums will be the first places to reopen and “resume normal life” as France emerges from national rules in place to stop the spread of the Covid-19 virus.

The President spoke to around 15 mayors via videoconference yesterday (April 15), before a meeting with ministers to discuss the roadmap out of lockdown.

He said café and restaurant terraces and museums had been chosen to reopen first as they were “places where people are not at risk”.

When will reopening begin?

Mr Macron did not give a precise date in yesterday’s meeting, instead saying that reopening would begin “around mid-May”.

In his speech announcing stricter rules on March 31, the President had also said a gradual reopening of the country would begin “from mid-May”.

And Government Spokesperson Gabriel Attal reiterated this timeframe in an interview with Les Echos published yesterday.

The President also said he expected the third wave of the virus in France to hit a peak between April 25-30. If so, transmissions could be significantly reduced by the middle of May.

But, he said: “We encourage the government to quickly communicate the conditions for reopening and when a total reopening will happen.

“Plans to reopen little-by-little are legitimate during the pandemic, but can only happen if we are allowed to properly prepare."

He also raised concerns of inequalities between establishments with terraces and those without, and the potential for rainy weather to cause financial precarity if people are only allowed to dine outside.

What will reopen after museums and terraces?

The President said that reopening in France would be gradual, with new spaces opening “every three weeks, if things go well”.

This was also reiterated by Mr Attal, who said: “The increase in people being vaccinated will allow us to reopen gradually. We will use rational criteria and good sense to define inside and outside spaces, where people move around or stay still, and places where it is necessary to remove masks.”

No official indication for when other venues could reopen has been given, despite a meeting yesterday with the President and ministers to define “health protocols for the progressive reopening of public spaces”.

It is thought that the government wants to wait to assess the impact of the accelerated vaccine campaign, and of new variants of the virus before making final decisions.

An earlier meeting between government ministers and union representatives from the hospitality industry on March 16 resulted in the following three-phase plan for reopening:

Could there be different rules in different parts of the country?

Mayors who attended the meeting with the President yesterday said re-openings could be “localised” according to the health situation in different parts of the country.

Mayor for Cognac, Charente, Morgan Berger said the re-opening would be “gradual, going in two or three week phases, and maybe by area.”

When will schools reopen?

The President also confirmed yesterday that primary and secondary schools will reopen in France, as planned, on April 26 and May 3.

He added: “That doesn’t depend on the [state of the] health crisis, [those dates] are fixed.”