Cancer in France: 75% of patients affected by medicine shortages 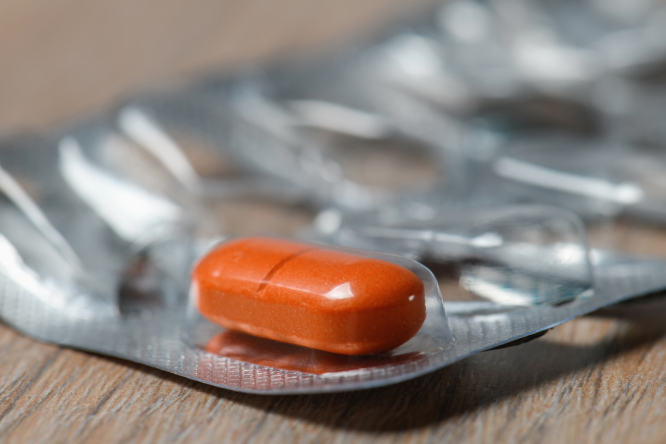 Shortages of treatments for infections and for cardiovascular and nervous system illnesses have also been reported by l’Agence de medicament Pic: asobov / Shutterstock

A study has found that 75% of cancer patients in France have been affected by medicine shortages.

A leading professor says laboratories should suffer financial penalties as a result and referred to how laboratory profits were nowhere near as high on these drugs as for some other treatments.

The study, by cancer support group la Ligue contre le cancer, predicted that the problem would worsen in the future due to the Covid health crisis having increased demand for medicines.

Vice-president of the group and haematologist, Professor Jean-Paul Vernant, told France Info: “Around 20 years ago there were 50 or 60 shortages per year, now close to 2,500 have been reported by l’Agence de medicament (ANSM).

“Shortages affect medicines that are in the public domain, that have been around for 20, 30, 40 or 50 years. They are not expensive, and the profit margins for industrial producers are not significant.

“They don’t bring in enough money compared to innovative treatments, which have enormous profit margins.”

Read more: France medicine shortage: Which products are affected and why?

The professor said that the shortages affected 70-80% of medicines used to treat cancer in France, causing “dramatic” disruption to many patients’ treatment plans.

It comes as a European law requiring French laboratories to stock at least two months’ supply of medicines for major conditions came into effect earlier this month.

As well as drugs for treating cancer, shortages of treatments for infections and for cardiovascular and nervous system illnesses have also been reported by ANSM.

She said: “This will allow planning ahead to avoid the risk of shortages.”

But Professor Vernant said that further action was needed.

He said that more information should also be made available to patients “to explain to them why they are getting alternative treatments, rather than the right treatment, when there are shortages”.

He also called for the creation of a public body to work with private laboratories in France, and said that laboratories who failed to produce enough of the necessary treatments should face “financial penalties”.

The study from la Ligue contre le cancer called for full investigation into the impact of medicine shortages on the life expectancy of cancer patients.

It comes as new European research has suggested new ways to prolong the life of patients with advanced forms of breast or prostate cancer by at least two years or more.

The European Society for Medical Oncology (ESMO), one of Europe’s largest cancer research centres, presented a new report on the findings on September 21, at the group’s Congress 2021.

Previously, patients with metastatic cancer (advanced cancer that has spread through the body), including men with prostate cancer, had a life expectancy of just over three years.

But now, ESMO oncologist Professor Karim Fizazi said in the report: “Now, they can expect to live for more than five years.”

The report details a change in treatment options.

Previously, until 2015, prostate cancer was treated by either blocking the patient’s production of testosterone hormones, with a chemotherapy drug named docetaxel, or a new drug, abiraterone.

Until now, treatment plans chose two of the three options. Now, Professor Fizazi has said that research suggests that patients may benefit from all three options, and that patients that receive abiraterone have higher survival rates.

The authors of the report have therefore called for treatment plans to change, and include all three options as much as possible.

In an ESMO report, oncologist Professor Maria de Santis, who was not involved in the study, wrote: “These results will change the norms of treatment plans.”

She said that this could happen quickly, as the drugs are (unlike some) readily available. Oncologists simply need to include them in treatment plans, she said.

As for breast cancer, the research presented by ESMO also showed that a new treatment is producing promising results: the drug ribociclib, created by Swiss lab Novartis.

This is especially true for patients with advanced forms of HR+ or HR2- cancers, which include half of metastatic cases.

Ribociclib is one of a group of drugs that seeks to limit proteins that cause the cancer to grow. It is administered along with other drugs, including those that stop oestrogen production.

Prior to this research, the main drug in this group was considered to be palbociclib, produced by US giant Pfizer. Clinical trials of palbociclib had not shown proof of increasing life expectancy among patients.

In contrast, patients who received ribociclib survived on average longer than those who were given a placebo, found a study by oncologist xx Gabriel Hotobagyi, financed by Novartis.

Half of participants survived for more than five years, compared to 4.3 years for those who received a placebo.

These new ESMO results must now be independently reviewed within the scientific community, but the reception has so far been positive.

Dr Matteo Lambertini, an oncologist who did not take part in the study, said: “There is still a lot of work to do to cure these patients, but these are very important results.”

Breast and prostate cancer in France

Figures from the Institut Curie show that 54,000 women are diagnosed with breast cancer each year in France, while prostate cancer is the most common cancer in men, with more than 50,000 cases also diagnosed per year in France.

In France, cancer survival rates have doubled in the past 45 years, reports the COS cancer treatment centre in Paris.

Stay alert: What to watch out for

For breast cancer, if you notice any unexplained new lumps, thickened tissue, a change in shape, a rash or puckering, any swelling, or discharge from either nipple, it is best to get checked out at your GP or to see a specialist.

In France, women aged 50-74 are invited for a breast cancer screening every two years, even if they do not have any symptoms or risk factors.

But women of all ages are invited to visit a doctor if they suspect any issues.

For prostate cancer, needing to go to the bathroom more often, straining, taking a long time to go, a feeling that your bladder has not emptied, or any blood in the urine, may require a check.

My operation in France: Mastectomy